White lines on the stones in old photos of Stonehenge

Old photographs of Stonehenge often show white lines on various stones. They are always on stones after they have been lifted or straightened, but can last for years. I am sure they are the lichen cover on the stones being killed by the timber supports, whether it is just the pressure or if some combination of rubbing or timber treatment is also involved I don't know.

As an example here is the famous north east entrance to the monument before it was straightened, after it was and the apparatus used to lift the lintels. I think it shows the source of the lines well.

(There are stories that they are painted on to warn aircraft or for some other reason but the facts suggest otherwise.) 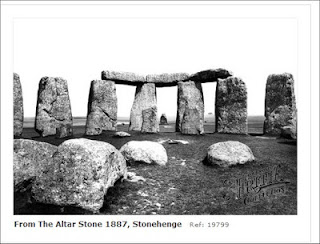 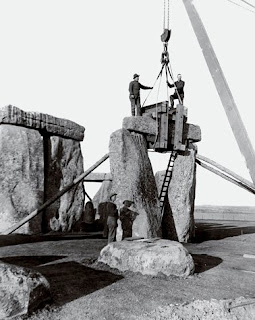 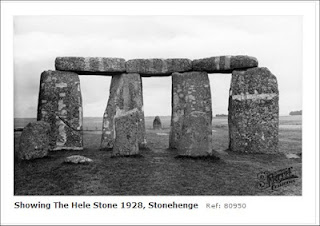 Further evidence for these lines being from the wooden cradle comes from Gowland's reerection of Stone 56.

The two vertical timbers correspond to the subsequent white marks on the Stone. 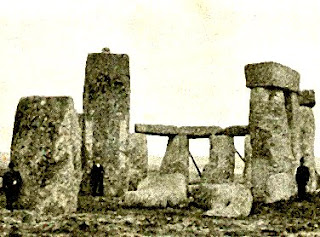