Original Position of the Slaughter Stone 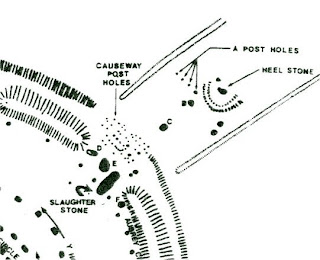 I was asked, so I had to look it up, and thought it worthwhile to note it down.

More of a mystery than I expected! Information mainly from Cleal et al.
Posted by Tim Daw at Saturday, June 29, 2013