Archive film on a TV programme last night  had a close up of the famous Daggers on Stone 53 at Stonehenge. 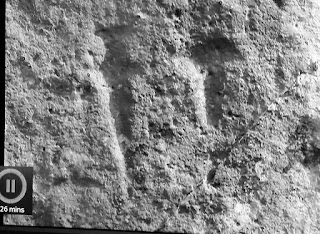 Several people noticed that they looked a lot sharper than they now do: 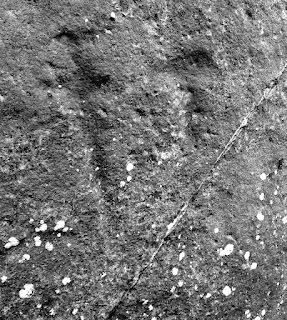 How much they have worn with the attentions of tourists rubbing the outline with their fingers has been much debated - Mike Pitts has an interesting blog post on this:
https://mikepitts.wordpress.com/2015/07/31/is-this-a-dagger-which-i-see-before-me/

I wonder what happened to the latex cast of them that was made by Atkinson in 1956 and if it could be compared to the laser scan of the stone. 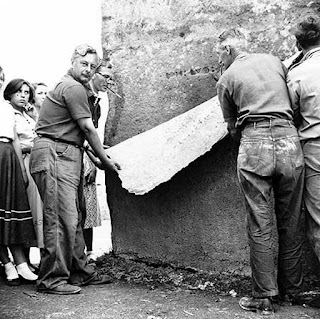 Here is the entrance to the Hindhead Tunnel overlain on the A303 to show the scale of what a tunnel entrance would be. 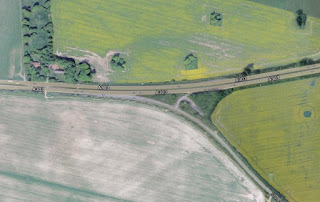 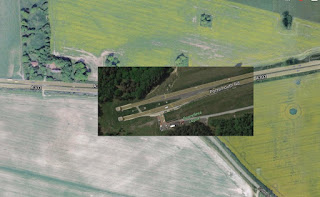 Are the Stonehenge Bluestones warmer than the Sarsen Stones? 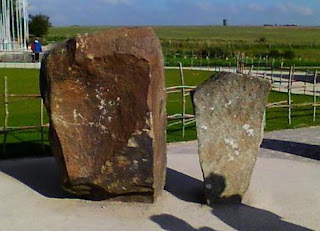 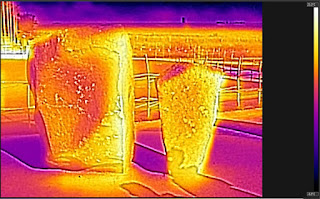 Sarsen and Bluestone at the New Visitor Centre near Stonehenge - Bluestone on right of photo and identical shot with a thermal camera showing temperature. Click to enlarge.


The zeroth law of thermodynamics states that they will be in equilibrium in a stable environment, but they have different thermal conductivity and capacity which means they will reach equilibrium with the air temperature at different rates and will feel a different temperature to the touch; just as wood and steel at the same temperature do.
Posted by Tim Daw at Thursday, January 21, 2016 3 comments:

Investigating the warm springs of Silbury Hill with a thermal camera

Inspired by Steve Marshall's work on the springs at Silbury Hill and the Avebury region  http://www.stevemarshall.org.uk/docs/Silbury Springs v2.pdf I took my FLIR C2 thermal imaging camera there this morning. The springs are "warm" in that they stay above freezing even on a day such as today where it was -4C at dawn.

The water table is not very high yet but the patches of fresh water were unfrozen whereas water that had been standing all night was frozen. 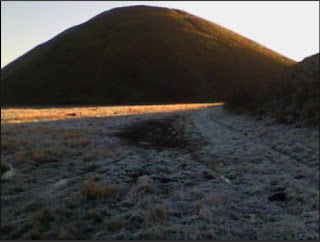 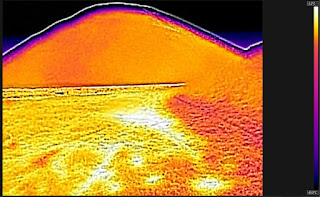 The temperature scale is to the right, the lighter the colour the warmer it is. Click to enlarge.


Of more interest was investigating if this technique could find individual springs. Below are the thermal and normal picture of part of the bank under the A4. It shows a spring glowing white, on checking water was issuing from the ground there. Without the camera I would not have noticed this spring which shows that this technique has promise and would be worth investigating further.
It does need to be done before the sun has warmed the ground and probably it needs to be a cold day as well. 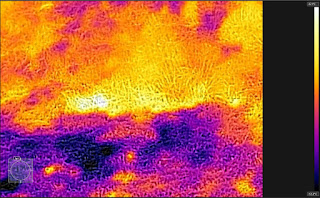 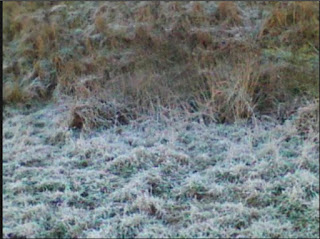 I couldn't find any springs at the base of Silbury Hill itself by camera or inspection, probably the water table isn't high enough for them.

Excellent website from the University of Southampton "aimed at the general public and archaeology students. The approach chosen, the language used and the aspects stressed are intended as an exercise in communication with the non-initiated, not with the specialist. "

How wide was the Solstice gap in the Great Trilithon? 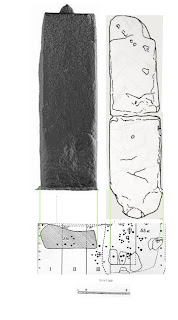 Playing around with various reconstructions I think about 18 inches or 50cm, or maybe a bit less.

It would have looked like quite a narrow slot to observe the sun through.

The picture is a scaled composite of the Laser Scan of Stone 56, My reconstruction of 55 taken from Cleal et al and the two parts rejoined together and the excavation  diagram of Gowland showing the  packing stones of 55 and the position of 56.

Periglacial Stripes under the A344

Having upgraded my computer - to my 12 year old daughter's old one - a lot of old photos are being reorganised. Google photos likes to create panoramic views by stitching together pictures and came up with this one, which I don't remember seeing or sharing before.

It is taken looking down the avenue with the Heelstone behind me. It shows the natural surface of the A344 - hopefully it will expand if you click it. 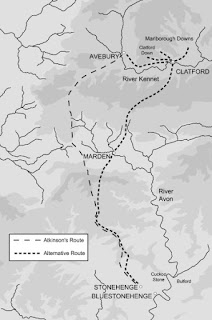 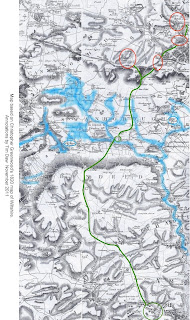 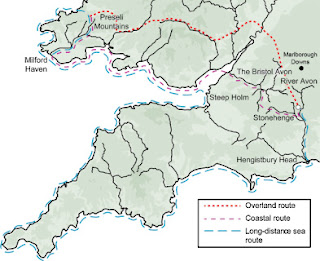 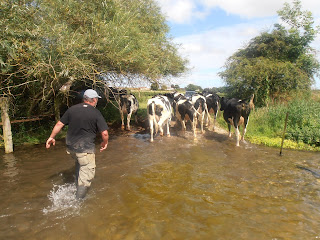 Simple How To View Free LIDAR Mapping of England and Wales

1) Got to https://www.lidarfinder.com/ - fantastic, job done.

2 Or https://houseprices.io/lab/lidar/map does it all for you


Ever since the Environment made their LIDAR data for most of England free to use I have been meaning to find a simple way to view it that didn't involve map geekery.

So here is my simple guide so I remember how to do it again, and it might interest you as well.

2) Click on LIDAR Composite DTM - 2m or one of the other LIDAR data sets (doesn't matter much which at this point).

You will then have a map of the UK and a long list of possible active layers on the left.

Scroll down and choose the LIDAR layer you want and zoom in on the map to the area you want.

Not all of England is covered and there are different levels of detail - and it is available as a Digital Surface Model produced from the signal returned to the LIDAR (which includes heights of objects, such as vehicles, buildings and vegetation, as well as the terrain surface) or as a Digital Terrain Model produced by removing objects from the Digital Surface Model.

https://houseprices.io/lab/lidar/map does it all for you -

Here as an example is Bladon Camp - heavily overgrown so aerial Bing Map shot doesn't really show it but LIDAR does - https://historicengland.org.uk/listing/the-list/list-entry/1013234 for details of it. 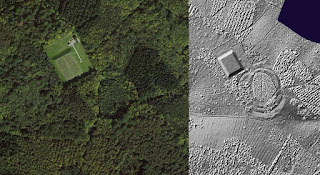 A commentator, Sem, on http://www.megalithic.co.uk/modules.php?op=modload&name=Forum&file=viewtopic&topic=6761&forum=2&start=0  points out that there is some Welsh data available as well.

http://lle.gov.wales/home?lang=en
To use on-line click on 'LiDAR Data Now Available' followed by the link to 'lle download portal" and finally on 'Preview'. Navigate the map as per Google and use the 'blue thingy' in the top right of the map to choose your base map and detail.

And here is a screen shot from Anglesey with a well known barrow in it :) 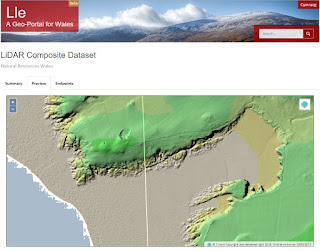