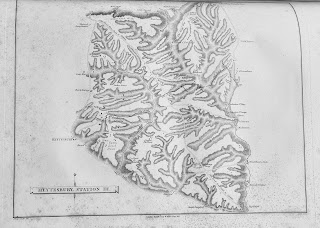 In this ride I shall ascend the hills at the back of Sir William A'Court's demesne, and proceed over Nanny Down towards Bowls Barrow. At the upper end of Heytesbury field and near the summit of the hill, is a flat barrow ploughed over, which Mr. Cunnington opened in 1800, and found about a foot under the surface, a layer of flints that extended nearly over the whole tumulus, intermixed with fragments of thick and coarse pottery; and was much surprized in finding ten small brass Roman coins of the Emperors Constantine, Valentine I. and II. and Arcadius, together with some pieces of the fine red Samian pottery. From the discovery of these articles, viz. first, the rude pottery, and afterwards the fine Samian ware, and coins, we may conceive this to have been occupied both by the Celtic and Romanized Britons.

On the summit of the hill we meet the great track-way, and crossing it come to a large tumulus named BOWLS BARROW; its length is one hundred and fifty feet at the base; its width ninety-four feet, and its elevation ten feet and a half, though it appears to the eye much higher; the broad end points towards the east. This large barrow was opened by Mr. Cunnington in 1801, and attended with much labour. He began by making a section of considerable width and length across the barrow near the east end, and at the depth of two feet nine inches found a human skeleton lying south-west and north-east, and with it a brass buckle, and two thin pieces of the same metal. Towards the centre of the barrow, were two other skeletons interred, with their heads towards the south, and one of them lying on its side. The interior parts of the barrow were composed entirely of white marl stone to the depth of four feet and a half: this was succeeded by a ridge of large stones and flints, which extended wider as the men worked downwards. At the depth of ten feet and a half, which was the base of the barrow, was a floor of flints regularly laid, and on it the remains of several human bodies deposited in no regular order. It appeared therefore, that they had been thrown together promiscuously, and a great pile of stones raised length-ways along the centre of the barrow over them. This pile (in form like the ridge of a house), was afterwards covered with marl excavated from the north and south sides of the barrow, the two ends being level with the plain. Although four men were employed for three days, they could not explore more than the space of about six feet by ten; yet in this small portion they found fourteen skulls, one of which appeared to have been cut in two by a sword. It is rather singular, that no fragments whatever of pottery, charred wood, or animal bones, were found in the course of the above operations.

At a subsequent period Mr. Cunnington made a second attempt on this tumulus, by opening more ground both at the east as well as west end; at the former he found the heads and horns of seven or more oxen; also a large cist close to the skeletons; but owing to the great height of the barrow, and the large stones continually rolling down upon the labourers, he was obliged to stop his operations. 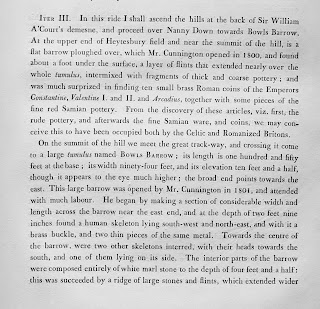 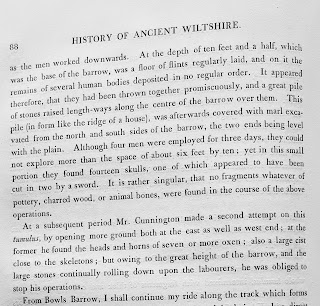 Are these two of the missing stones of Stonehenge?

If Stonehenge was completed as is usually depicted there is now in the order of 300 tonnes of stone missing. (The visible stones are estimated to weigh 681 tonnes.)

No one can account for the "missing" stone, broken up bits that have been recovered and can be estimated to remain on site are under a tonne, and despite the oft-repeated stories of souvenir chunks being taken none have ever turned up in collections apart from scientific and museum ones.

There are no buildings nearby that have sarsen or bluestone fragments and when the nearest road was excavated no sarsen had been used to make it up.

There is an obvious attraction to the idea that the stones we see there are largely the only stones that were ever there and the monument was uncompleted.

A third theory is that Stonehenge was completed in other materials.

Could the uprights and lintels have been originally crafted in massive tree trunks which were replaced by stone as monoliths became available?

Or could another stone have been used? In 1997 Dr. Olwen Williams-Thorpe claimed there was evidence for there having been a limestone monolith at Stonehenge, but there seems to be very little evidence to back that up. Only a tiny proportion of lithic material recovered from the Stonehenge Layer in the monument and nearby is of a local sandstone or limestone. There is no evidence of such a monolith, let alone a number of them been broken up.

Which is a pity as a standing stones at Berwick St James have long been thought to be from Stonehenge but they are "Tisbury / Chilmark Stone. A single thin section was made and the rock is a biospararenite, a slightly glauconitic, slightly sandy fossiliferous shelly limestone with abraded bivalve debris." - Dr R Ixer. Not a sarsen as has been thought. 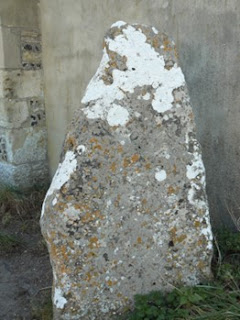 There are also some similar large stones at Elston lining a hatch in a water meadow a short distance from Stonehenge. 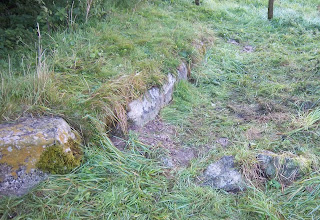 Could these be parts of  the missing stones of Stonehenge?  I would place the idea in the unlikely but possible category. There are, of course, much less likely theories that are commonly believed so it does not harm to float this one.

The Missing Limestone Monolith of Stonehenge

In 1997 Dr. Olwen Williams-Thorpe claimed there was evidence for there having been a limestone monolith at Stonehenge, and it was in their previous paper: 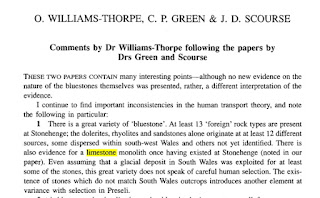 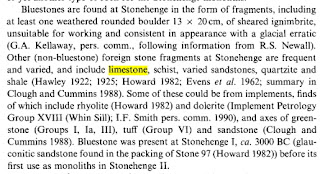 I think a few limestone fragments aren't enough to claim there was a monolith, presumably of the size of one of the standing stones. Is there anymore evidence?
Posted by Tim Daw at Monday, August 08, 2022 No comments:

With Boles Barrow about to be excavated attention is being drawn again on the so called Boles Barrow Bluestone now back in Salisbury Museum after appearing at the British Museum. I have written about it before - https://www.sarsen.org/2016/02/the-bowls-or-boles-barrow-bluestone.html 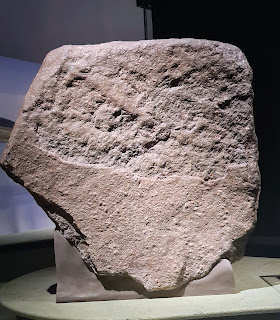 A better examination as to its history is to be found at https://landscapeandmonumentality.wordpress.com/2018/03/18/the-boles-barrow-bluestone/ which concludes:
The so-called Boles Barrow Bluestone in Salisbury Museum is the only foreign rock from south west Wales found in Wiltshire not at Stonehenge that can be considered more than a fragment. Yet the archaeological context of the specimen in the Salisbury Museum is uncertain and cannot be considered secure evidence in any argument.
The Boles Barrow Bluestone remains elusive.
The bluestone was sampled in 1990 by the Open University team and the results can be found in:
Thorpe, Richard & Williams-Thorpe, Olwen & Jenkins, D. & Watson, J. & Ixer, Robert & Thomas, R.. (2014). The Geological Sources and Transport of the Bluestones of Stonehenge, Wiltshire, UK. Proceedings of the Prehistoric Society. 57. 103-157. 10.1017/S0079497X00004527.
(Copies of the paper seem to have leaked on line - but I'm not going to link to it)
Posted by Tim Daw at Saturday, August 06, 2022 No comments:

Three preselite-spotted dolerite samples from the summit of Silbury Hill and a single flake from the Alexander Keiller Museum. They were from sub-soil and topsoil excavated material; all four appeared to have been flaked. 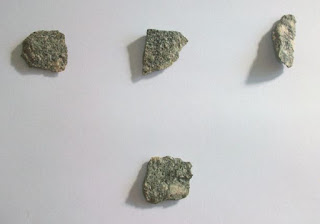 The three struck flakes of preselite-spotted dolerite from the Preseli Hills vary slightly in the amount and size and density of their characteristic pale spotting. In two very similar samples (1.6 and 2.2g) pale pinkish grey spots 0.5 to 0.7mm in diameter are present in hand specimen and in the third, the largest sample, similar size spots are visible in polished thin section but not in hand specimen.

The transmitted and reflected light petrography of this sample is almost indistinguishable from that belonging to preselites from Carn Menyn and members of the SH33group.

The size, shape and macroscopical lithological characteristics of the 1968–70 spotted dolerite flake from the Alexander Keiller Museum suggest that it belongs with the three more recently excavated, spotted dolerite flakes found on Silbury Hill. The metamorphic spots are slightly larger but this is not of significance.

Although none of the flakes could be fitted together all four could have been struck from a larger artefact. They do appear to belong together.