Did Marden Henge go South of the River? 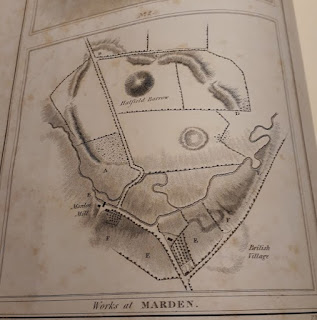 .. the sudden disappearance of the bank and ditch at D, has caused much debate and inquiry amongst us. Mr. Cunnington was of opinion that the bank did not cross the brook, but proceeded in a line from A towards D; but the Rev. Mr. Charles Mayo, residing at Beauchamp Stoke, whose father first took notice of these works, after a frequent and very minute investigation of this ground; thought otherwise, and was decidedly of opinion, that the original vallum extended across the present water meadows to the high ground marked E. E. E. E. Some ingenious remarks which he kindly communicated to me by letter, induced us to re-examine the ground very minutely with my surveyor and draughtsman, Mr. Philip Crocker; and we were both of opinion that Mr. Mayo was right in his. conjectures respecting both the direction and extent of this bank and ditch. On examining the southern circumvallation of this earthen work, we were struck with the: singularity of that part of the works marked F, which appeared as if intended for an, approach or entrance into the area of the circle ; and this idea was in a great degree corroborated by the circumstance of our discovering the site of a British village on 'some high ground not far distant.


(The Reverend Charles Mayo, son of John, had written to Cunnington to persuade him that the earthwork crossed the river, but the latter was not convinced so Mayo complained to Hoare. ‘Poor Mr Cunnington was I think mistaken in his idea of the extent of the [bank] mound’, but having carefully investigated the south bank of the river on three separate occasions Cunnington found no evidence that the earthwork crossed to the other side and was not convinced. Instead, he believed that that enclosure was bounded in the south along the line of the river bluff. Hoare, however, visited the site and, having noted the British Village on the southern bank, sided with Mayo in the matter. - Historic England - The Hatfield Earthworks, Marden, Wiltshire: Survey and Investigation - David Field, Louise Martin and Helen Winton )

Dr Jim Leary who lead the recent investigations of the henge is adamant that the answer is "no" after a major investigation of the question. "We investigated this in detail as part of the Marden project - first with aerial survey and LiDAR, and then on the ground with topographic survey and coring. Absolutely not a bank and ditch. It is the scarp of the natural bluff which has been enhanced by ploughing (ie a lynchet). Almost certainly part of the medieval open fields. This suggestion crops up with surprising regularity- about once every two years." 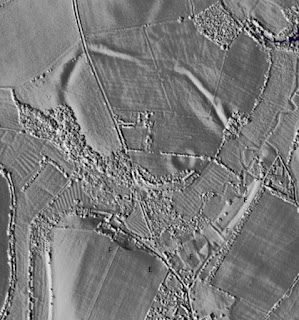 Better Lidar images from Mark Walters‏ @MarkWalters_ thanks to whom for permission to reproduce them and to the Environment Agency as the source of the original LIDAR data. 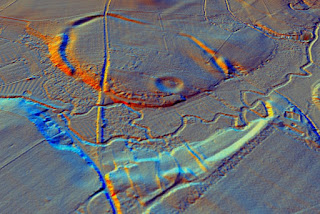 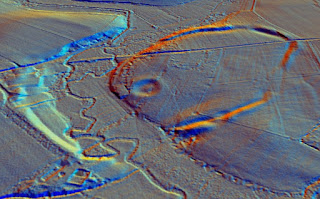 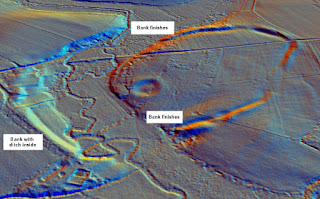 It is noticeable how the henge bank finishes to the west of the road and that the curve of modern houses north of the river are not on the outer henge bank as is often assumed.

As Colt Hoare was a meticulous recorder and he investigated this carefully I thought it worth a peak.

South of Marden Mill to the west of the road the field is ploughed and very sandy, (with a few interesting flints on the surface), as we know from the Hatfield Barrow sandy lumps can disappear here when ploughed but there might just be a slight rise visible. Looking towards the east from the footpath there the weeds show a band where he marks the bank.

To the east of the road the field is permanent pasture and the field is full of bumps. There are obvious platforms over the bank feature, Colt Hoare marks it as a British Village. But my impression from a swift look is that the natural features have been enhanced with a bank that follows round above the river. 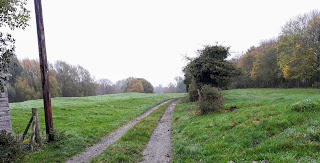 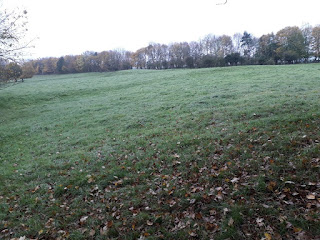 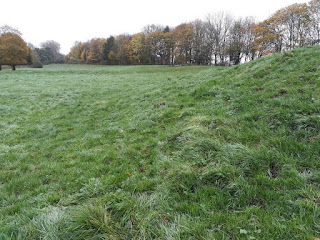 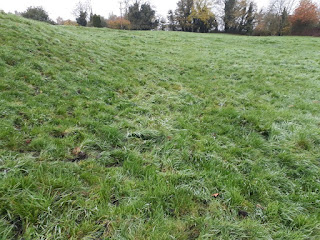 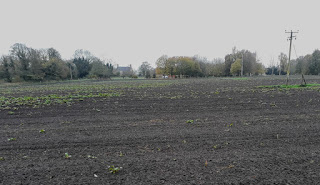 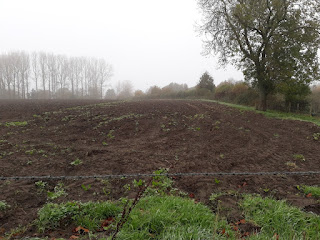 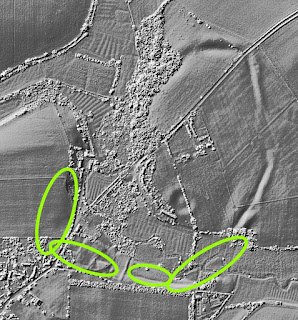 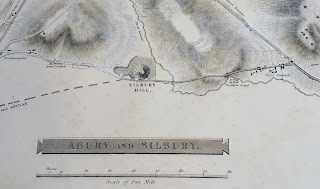 Probably just an error but I found it interesting that he marks Swallowhead Spring in  a different position to where even the earliest Ordnance Survey map places it, on the elbow where the nascent Kennet turns east.

The spring he marks has an interesting history of changes and infilling, and probably has a much richer buried history than any the other one. 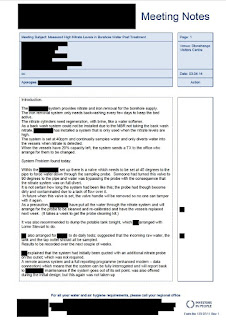 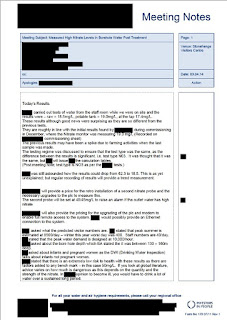 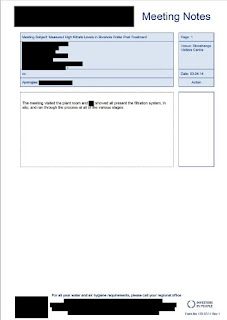