Anti-Bird netting at Stonehenge - the details of the trial.

After the unexpected kerfuffle following my tweet about the anti-bird netting at Stonehenge I asked for details of the "trial, conducted in consultation with Historic England, "closely monitored over a year's cycle" which is being undertaken on the effects of the anti-bird netting installed in September 2021 under some of the lintels at Stonehenge".

"English Heritage have confirmed that during the Stonehenge Lintels project last year we went to some lengths to protect the lichens on the stones and discussed how we might reduce the amount of bird excrement mainly from the rooks. We did not have a specific report written on this but it was discussed with the lichenologist who advised us about the protection of the lichens during the works and also the geologist who had recently studied the sarsens.

Following further discussions with the Inspector of Ancient Monuments (Historic England) we decided to trial inserting powder coated mesh into three of the many recesses under the lintels without any fixings which we could monitor along with the mortar that had been replaced. The mesh will be checked in September along with the works in general and a decision made then about whether or not to remove it. There is no plastic netting anywhere at Stonehenge as we are aware that birds can get caught up in it. We are very protective of the wildlife at Stonehenge. Following consultation with the specialists involved it was felt that we should look to prioritise the protection of the stones themselves and the protected lichens in situ.

As the trial is not yet complete, English Heritage do not hold any results. Please be aware that we cannot keep information requests open indefinitely, however if you wish to place a further request in the future you are more than welcome to do so."

The information they have released is below, click to embiggen: 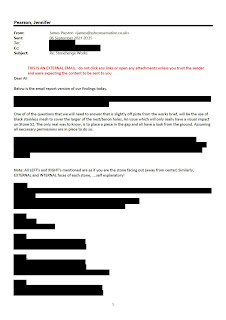 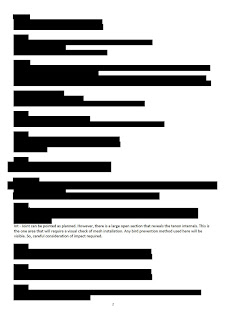 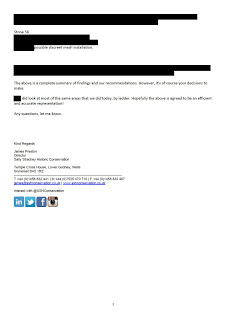 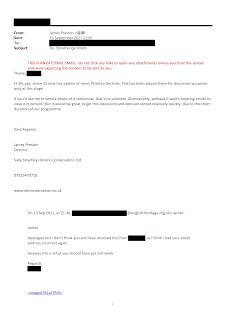 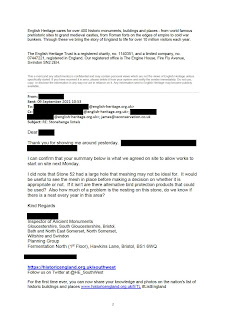 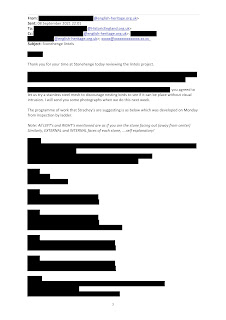 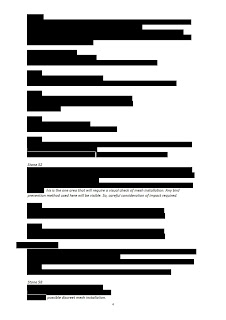