Bats at Stonehenge - absence of evidence is not evidence of absence.

I was surprised to learn from a Freedom of Information request that English Heritage believe that there are never any bats at Stonehenge: " there has never been any evidence of bats within the stone circle, neither physical or anecdotal. During planning applications for the new visitor centre in 2009, ecology surveys were carried out, and no evidence of bats was found. Therefore it was not deemed a necessary use of funds to commission a bat survey in 2021. " - https://www.whatdotheyknow.com/request/stonehenge_bat_survey

This was a response to a query as to whether a bat survey had been undertaken before bird netting was installed in the trilithons in 2021.

It doesn't find any bats at the Stone Circle, because they didn't look there!

The nearest they looked was at Durrington Down and Fargo Wood, where there were lots of bats. 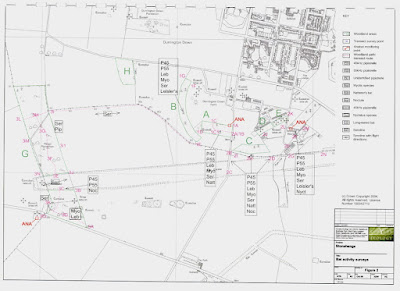 English Heritage also had a Bat survey  in 2003  which can be found in the planning bundle for Planning Application S/2004/0001
The conclusion for the Stonehenge Landscape : All ten species of bat were recorded regularly with only one species recorded fewer than 10 times during the 2003 surveys. The bat assemblage is assessed as being of National Importance due to the species diversity, the level of use by foraging and commuting bats and the number of roosts found during relatively limited surveys.
Again they didn't survey the actual Stone Circle but bats were found close to it. 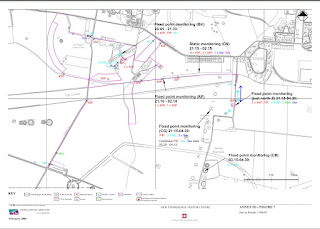 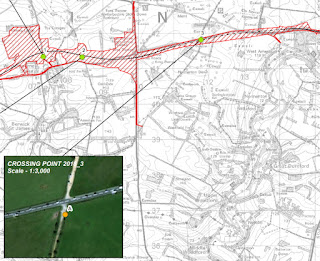 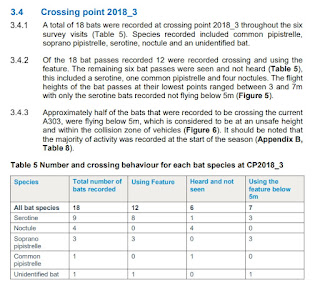 So bats have been recorded north and south of the Stone Circle but the absence of evidence at the circle has been taken to be evidence of absence of bats in the ancient ring of stones with its quiet nooks and crannies, just perfect for a bat to rest in.
"Absence of a record does not mean there are no bats. It could mean there is no survey data available for that location.
A survey is needed if one or more of the following applies: distribution and historical records suggest bats may be present.. the development site includes buildings or other built structures,.. that provide roosting opportunities for bats
All bat species are designated and protected as European protected species (EPS). EPS are protected under the Conservation of Habitats and Species Regulations 2017.
It is an offence to: damage or destroy their breeding sites and resting places (even when bats are not present) possess, control or transport them (alive or dead)
It is also an offence under the Wildlife and Countryside Act 1981 to intentionally or recklessly: disturb bats while they occupy a structure or place used for shelter or protection obstruct access to a place of shelter or protection
Several species of bats are listed as rare and most threatened species under Section 41 of the Natural Environment and Rural Communities Act (2006). You must have regard for the conservation of Section 41 species as part of your planning decision.
https://www.gov.uk/guidance/bats-advice-for-making-planning-decisions
The definitive book - Bat Roosts in Rock: A Guide to Identification and Assessment provides this handy guide to the law: