The Mystery Mound of Stonehenge

The 1899 (and 1877) OS maps of Stonehenge show a "mound" to the south of the monument near to what is now the A303 where the old track to Springbottom Farm crosses the road. 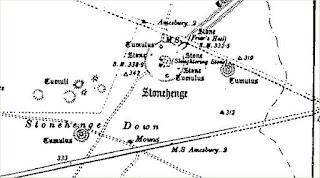 Here's a detail from an aerial photo taken in 1944 looking south west; the yellow circle in the marked version show where the mound should be. Am I imagining a visible trace of it? 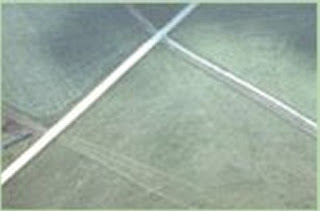 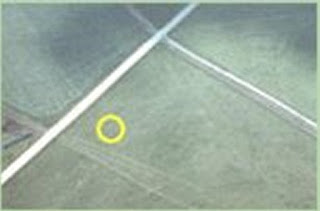 This black and white photo was taken in 1922. Again there seems to be a trace. 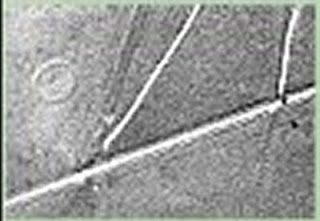 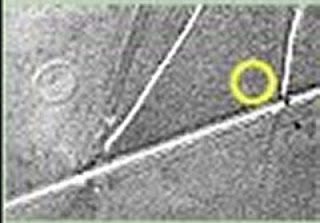 And in the recent Lidar image? 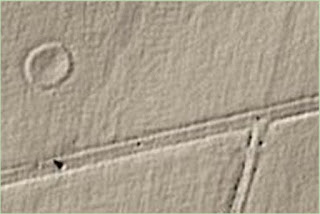 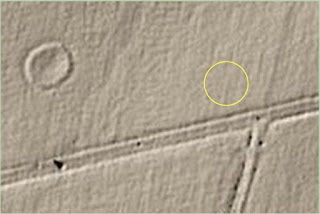 In all of them the "mound" looks like similar in size to the nearby barrow. Is that what it was?

On the ground investigation. Just where expected there seems to be a  very small mound still there. obviously it is hard to judge on an uneven field with tussocky grass but I thought I could find it, and also a hint of a circular ditch around it, as in the pictures above. It might be imagination but it is worth further investigation.
I scuffed a patch of snow away on the top of the small rise: 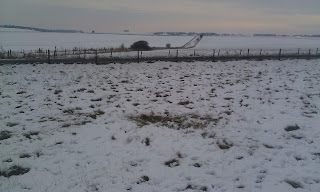 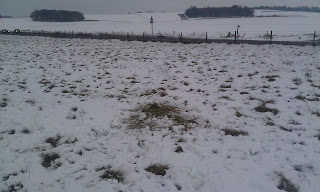 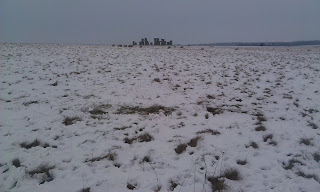 The National Library of Scotland offers a side by side georeferenced view of old OS maps and modern satellite imagery.

I have never found any reference to this mound or what it may have been.

Click pictures to embiggen them.
2021 Update - checking the Stonehenge Landscapes EMI Project: magnetic data plot.it would appear that a water pipe was laid through the feature for the aerodrome early in the twentieth century. There might be a hint of a ring ditch though. 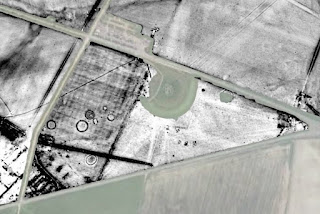 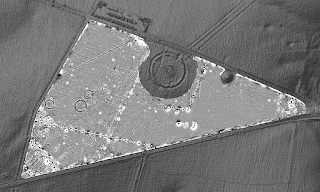