Move the Western End of the Tunnel - CBA

"Just moving the western end by three or four hundred metres would make a huge difference to not damaging the key views and relationships which are important to understanding the landscape"
CBA director Mike Hepworth said..
"This is one of the most significant monuments in the world and we have a responsibility to maintain it for future generations." 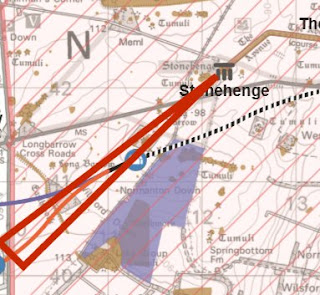 18 January 2017
Trustees of the Council for British Archaeology met yesterday (17 January) and considered the charity’s response to the latest proposals for the A303 in the World Heritage Site around Stonehenge in Wiltshire.
Stonehenge A303
Trustees based their discussion on the CBA’s position statement on the management of Stonehenge agreed by CBA members in November 2016 after considerable consultation and debate.

Before finalising the charity’s position on the A303 proposals, trustees agreed that it would be important to consider all available evidence in detail, and to await the outcome of the advisory mission from the International Council on Monuments and Sites (ICOMOS) which is due to visit the site at the end of January. Further detailed information is needed to appreciate the full archaeological implications of the proposals for the A303 and the CBA urges open publication of recent archaeological evaluation work along the proposed new route of the A303 within the consultation period.

The CBA is willing to host an open public meeting in Salisbury or Amesbury in mid-February to enable the latest archaeological results to be presented and discussed, along with a range of views from key stakeholders on the new proposals, with the aim of encouraging open debate and to inform responses to the consultation (which are due by 5 March).

In the meantime, trustees agreed that the CBA should reiterate support for a long bored tunnel as the road solution which would achieve the greatest environmental gain. The removal of the A303 from a large area of the World Heritage Site would be highly beneficial and the CBA encourages Highways England on behalf of the Government to continue to work with the heritage sector to find the most beneficial achievable solution for the proposed tunnel in the area.

Trustees recognised that the latest proposals are an improvement on previous options (eg. the 2.1k tunnel examined a public inquiry in 2004), but still have considerable concerns about the impact of the tunnel portal locations and the new surface dual carriageways on the archaeological landscape and the Outstanding Universal Value of the World Heritage Site, particularly at the western end.

Subject to information to be made available in the coming weeks, from ICOMOS and others, the CBA is likely to express a clear preference for a longer tunnel, extended on the western side, moving the portal further away from key prehistoric barrow groups in the vicinity. The implications of the proposals for the eastern side of the World Heritage Site also need further detailed examination.

We are keen to work constructively with Highways England and other stakeholders to find an achievable solution to ensure that the benefits of removing the A303 from the landscape around Stonehenge can be realised in the coming years.
Posted by Tim Daw at Wednesday, January 18, 2017