Highways England have commendably included a mass of technical documents on their consultation page about the Stonehenge Tunnel (Do visit it, read it and leave feedback). They include the technical reports and particularly in TAR appendix G and H they score their proposals against the various aims and policies of the stakeholders.

I have read and searched as thoroughly as I have been able to in the limited time I have had these documents and I have failed to find where they have scored their proposals against two key policies. There is a thin gloss over a generalised Policy 3 from the WHS management plan but it fails to discuss the meat of Policy 3c (see below) and I can find no reference at all to UNESCO's Statement of Outstanding Universal Value which discusses the astronomy of the WHS (also below).

This oversight is so egregious that it invalidates the whole technical assessment, it needs to be redone.

Placing a tunnel portal directly on the most important astronomical alignment of Stonehenge fails these policies so badly that it draws the whole plan into doubt.

It is a pity that the Highway engineers didn't take dear Oscar's advice and rise up from the gutters and look at the stars. 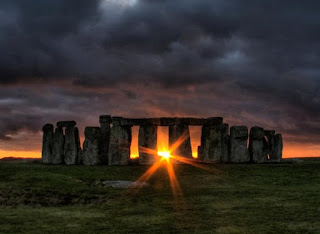