River Basins and Watersheds in the UK

Just to the north of Devizes in the Leipzig Plantation is where there is a triple watershed where water can either go to the North Sea via the Kennet and Thames, or the Channel via the Hampshire Avon or out to the Atlantic down the Bristol Avon. I was asked to find the spot and with some difficulty found a website which has all the information of all the major river basins and watersheds that are at least partly in England (parts of Scotland and Wales are included) in a zoomable map format - http://environment.data.gov.uk/catchment-planning/ 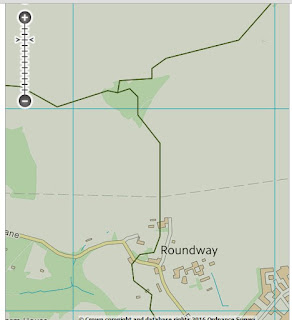