The Other Stonehenge Periglacial Stripes

"..according to Michael Allen in the Cleal book Martin Trott (during the Wessex Archaeology 1988 investigation at the car park). "reported (unpublished notes)that these investigations revealed a series of periglaical stripes and solution hollows but little of archaeological significance except a single pit ..."

So more stripes. Which direction did they go? Have any of the other slopes around Stonehenge got them as well? How unique are the Avenue stripes? 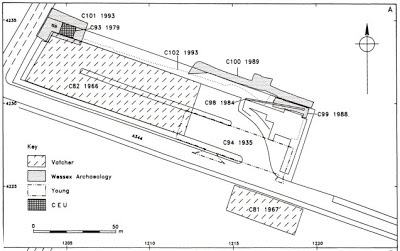 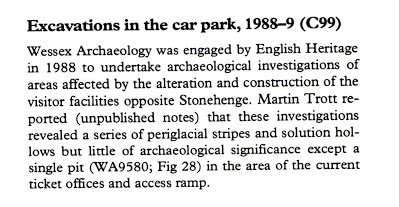