King Alfred, The Tump and A Sarsen

"Swanborough Tump - Swinbeorg c850
Here in the year 871 the future King Alfred the Great met his elder brother King Aethelred I on their way to fight the invading Danes and each one swore if the other died in battle the dead man's children would inherit the lands of their father King Aethelwulf." More here... 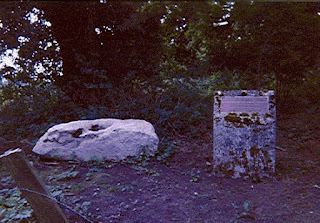 An old picture from here - where there is also more. My photos from today: 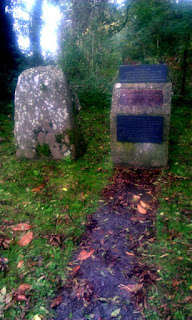 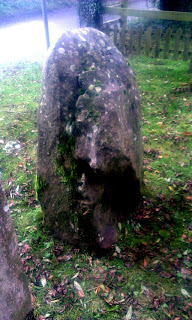 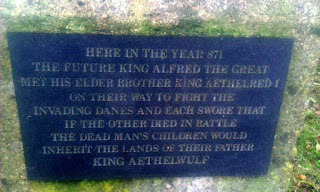 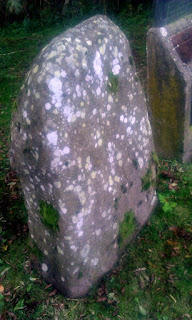 ....In the Wilts.ANHM volume 94 (2001) the authors Semple and Langlands describe the Tump as a long low earthwork running NE-SW, on a low natural rise next to the Pewsey-Manningford Bruce road, and close to the boundary of the hundred of Swanborough.

The earliest mention of the wood it which it stands is 1840, so perhaps it was previously on open ground. It's mutilated condition apparently has nothing to do with the work of antiquarians (for once) - perhaps it's partly the work of the trees and the road - they certainly don't make it any easier to decipher. The authors even suggest it could have been two mounds once.

It's obviously connected with stories about the Anglo Saxons, and the name itself comes from Swan + Beorh = barrow/mound of the common people. It was a meeting place for a Hundred. The road that runs by it has been shown to have existed since at least AD987 (Pewsey was an important settlement in the 9th century too).

However, could it be older? The prehistoric mounds at Mutlow and Knightlow were reused as later meeting places, so could this be the case here?

The authors weren't making any firm conclusions, but hinted that the way the mound butts up against the road rather suggests the road cuts through the mound. Which suggests the mound is older than the road (but by how much?).
Posted by Tim Daw at Thursday, October 18, 2012