I found the following certainty that the Aubrey Holes held stones interesting as it is taken from the 1924 edition of Stonehenge Today & Yesterday - Frank Stevens which was the official guidebook and is contemporaneous with the excavations. 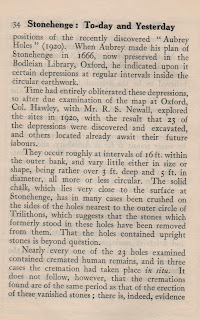