Winterbourne Bassett Stone Circle - Rediscovered from the comfort of my home

An OS map shows a Stone Circle to the north-west of Winterbourne Bassett, which is just north of Avebury. Click any picture to enlarge it. 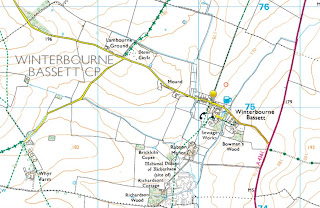 First port of call is Pastscape - where we find a record of the Stone Circle:


http://www.pastscape.org.uk/hob.aspx?hob_id=216296
The remains of a Neolithic stone circle. It formerly consisted of a double concentric row of stones, the outer circle being 234 ft, and the inner being 148 ft in diameter, with a single stone in the centre.
Many of the stones had been removed by Stukeley's time but he describes a "single, broad, flat, and high stone, standing by itself" to the west of the circle.
Smith  uncovered a number of stones in 1881-2 and produced a plan.
Nearly all the stones are now destroyed  or almost overgrown.
Six stones, which form part of the circles, are visible above ground level....

But if we do a bit more digging we find this paper on Academia.edu .(If you are not a member, why not? It is free to join.)

Which reveals a surprising result of the investigation they did into the circle. They don't think it is where it is marked, they think the stones there are probably a natural scatter of sarsens.

They show a copy of Stukeley's drawing of the stones: 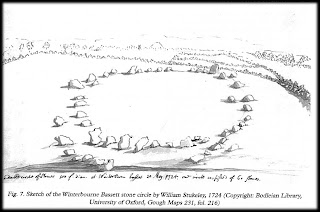 You will note that it shows Avebury Church, Silbury Hill and the outline of the Marlborough Downs in the background. The two highest points are Milk Hill and Tan Hill. These are to the south and the recorded site faces north. They aren't visible from it. But there is a field the other (southern) side of the road from where they can be seen.
We can see this from Streetview on Google Maps because they drove along the road:


If we look to the south we can see the shape of the Downs matches Stukeley's drawing.

An old map, from http://www.old-maps.co.uk/maps.html?txtXCoord=409380&txtYCoord=175500 shows that the field boundaries to the south match the hedges in the drawing. 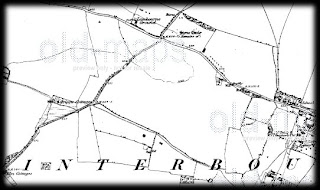 Unlike today, which can cause confusion. 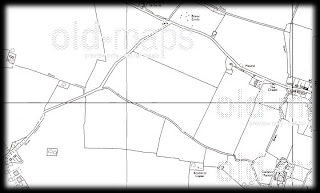 Using the maps we can draw a line from the top of Milk Hill over Silbury Hill and arrive at this field, and Avebury Church would be to the left or east of this line of site, just as in Stukeleys drawing.

It all leads to confirming the paper's conclusion, the stone circle was to the south of the road and has completely disappeared.

You will have to read the rest of the paper to find further evidence but this simple desk-based exercise shows how we can discover the site of a stone circle without going out in the cold..

UPDATE - Pete Glastonbury points me to a dig to discover the true site:

One of the stone sockets found in the southern field - photo by Pete Glastonbury.