Brian John has put together two interesting posts about Periglacial Stripes, especially with regards to those under the Stonehenge Avenue. 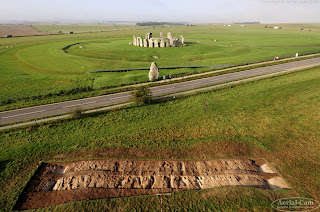 His main point is that periglacial and other grooves are common on the top of chalk. 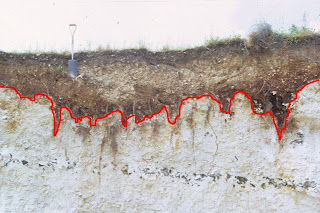 A close-up of coombe soils and the underlying chalk on Salisbury Plain.
Again the junction is highly irregular.  Note the band of flint nodules lower down.

The unanswered question is how unique and unusual were the ones under the Avenue and were they enough to be the reason for Stonehenge to be built where it is.