The summer solstice this year was too cloudy to observe the sunset but the winter solstice sunrise was unusually clear. I positioned myself behind Station Stone 93 and waited. 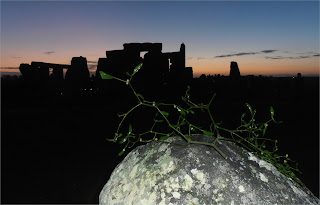 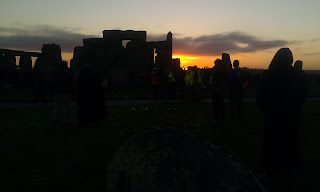 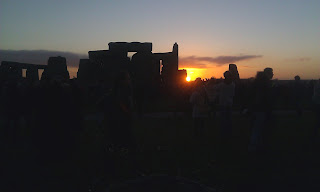 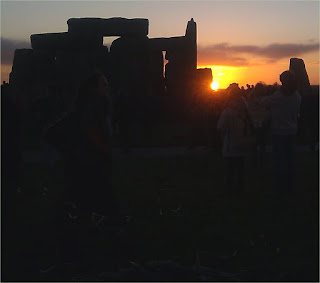 Success! Click any photo to enlarge.
The sun rose as expected behind Stone 10 in line with the Great Trilithon alignment.

Checking my position in the light I was probably about 50cm too far south, but I was competing with other photographers on a very busy morning for the shots. 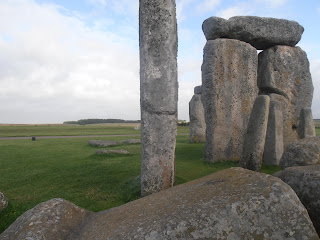 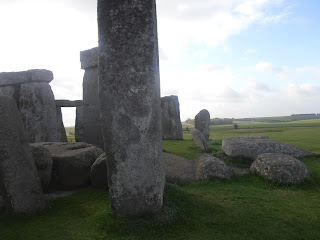 As Clive Ruggles writes in Proceedings of the British Academy, Volume 92: Science and Stonehenge - edited by Barry Cunliffe & Colin Renfrew 1997: "In the literature on archaeoastronomy, declinations are often quoted to a precision of 0.1 or even greater. However, the quality of the material evidence, together with the fact that the horizon around Stonehenge is relatively close (Cleal et al. 1995, 37) and devoid of prominent distant features interpretable as accurate foresights, do not justify considerations of declination to a precision much greater than the nearest degree, or approximately twice the apparent diameter of the sun or moon. To do otherwise is to risk obscuring any intentional, low-level astronomical effects with meaningless detail."

To within that accuracy and bearing in mind that Stone 56 was re-erected in 1901 by Gowland and so may be an inch or two out of its original position I am happy to state as a fact that the alignment I theorised actually is there.

A further complication is that the position of the sunrise now is different to where it was 4500 years ago. My colleague Simon Banton has been working on a different Midwinter Sunrise alignment. It is through a notch in  Stone 58. He has calculated the original sunrise position and his alignment shows remarkable accuracy. For more please see his blog

This is his alignment:

I have mapped his alignment and mine below. His is the top one, that also travels down the length of the Altar Stone.  I'm happy they are similar and accurate enough to be accepted as evidence. 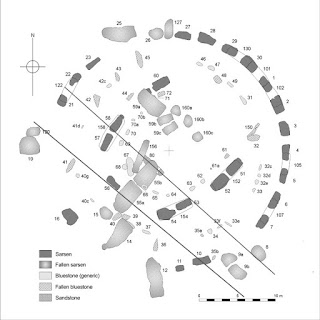