When was the last Bluestone Trilithon destroyed?


Mike Pitts as editor of Salon raises the possibility that a Bluestone trilithon still stood at 1700 AD.... 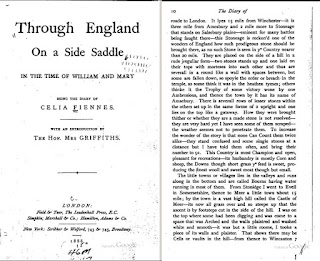 this Stoneage is reckoned one of the wonders of England how such prodigeous stone should be brought there, as no such Stone is seen in y* Country nearer than 20 mile. They are placed on the side of a hill in a rude iregullar form — two stones stands up and one laid on their tops with morteses into each other and thus are severall in a round like a wall with spaces between, but some are fallen down, so spoyle the order or breach in the temple, as some think it was in the heathen tymes; others thinke it the Trophy of some victory wone by one Ambrosious, and thence the town by it has its name of Amsebury. There is severall rows of lesser stones within the others set up in the same forme of 2 upright and one lies on the top like a gateway. How they were brought thither or whether they are a made stone is not resolved they are very hard yet I have seen some of them scraped — the weather seemes not to penetrate them. To increase the wonder of the story is that none Can Count them twice alike — they stand confused and some single stones at a distance but I have told them often, and bring their number to 91. This Country is most Champion and open, pleasant for recreations — its husbandry is mostly Corn and sheep, the Downs though short grass y* feed is sweet, producing the finest wood and sweet meat though but small.

Through England on a Side Saddle was written around 1700, and first published in full in 1888. Celia Fiennes (1662–1741) was the granddaughter of the 1st Viscount Saye and Sele. She was an enthusiastic traveller through England, both for pleasure and 'to regain my health by variety and change of aire and exercise'. The diary which she kept was intended for her family to read, and, while it lacks Defoe's more systematic approach some two decades later, sheds valuable insights into English social and economic history at the turn of the century. She was uninterested in antiquities, getting most enthusiastic about new developments such as the development of spa towns such as Harrogate, mining and manufacturing industries, and the new stately homes of the period, in some of which she stayed en route. For more information on this author, see http://orlando.cambridge.org/public/svPeople?person_id=fience.
Read more at http://www.cambridge.org/gb/academic/subjects/history/british-history-after-1450/through-england-side-saddle-time-william-and-mary#mSjBPXcskkYwkk7W.99
Posted by Tim Daw at Wednesday, July 04, 2018