As to whether the holes ever held stones is unknown, 19 and 20 almost certainly did as what is taken to be stone 19 and thelintel 120 still survive in mutilated form.

Stones 17 and 18 are missing. My opinion is that the holes probably held stones as the parching appears exactly as for the other two holes which suggest the process of stone extraction, some sort of refilling and compaction was the same in all cases.

The shape of the holes is also suggestive that they were dug for specific stones rather than as simple marker holes to delineate the proposed circle.

I think it is hard to argue that the circle was not designed to be complete as so eloquently argued here:
https://www.theguardian.com/artanddesign/jonathanjonesblog/2014/sep/01/stonehenge-was-circular-well-blow-me-down . Though I do think there is an argument, bolstered by recent DNA research, that the end of the civilisation that created these monuments occurred as Stonehenge was being finished so that the original stone concept  may never have been finished.

One day a small excavation could answer the question. 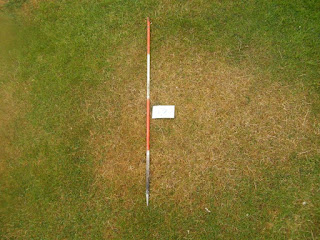 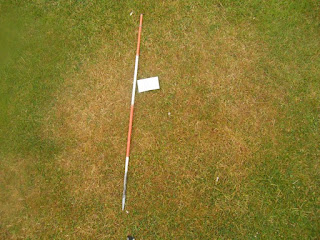 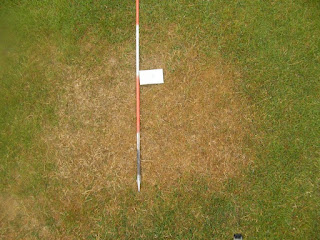 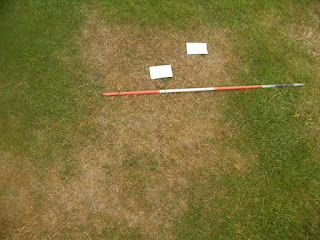 Click to embiggen - full size and other views available to researchers.
Posted by Tim Daw at Monday, July 09, 2018