Cat's Brain Long Barrow is a possible Neolithic long barrow that can be seen on aerial photographs in a field called Cats Brain south-east of Hilcott, along with the cropmarks of three probable Bronze Age ring ditches arranged along a line heading south-east. The cropmark is a U-shaped ditch defining an area approximately 26m by 20m. It is aligned east-west with the open end facing east. The U-shaped ditch is similar to the ditch of a long barrow on Thickthorn Down, Dorset (Gussage St Michael II). The Thickthorn Down barrow is one of a number on Cranborne Chase where the ditches have been carried around one or both ends and, it was argued, belong to a distinctive Cranborne Chase type. 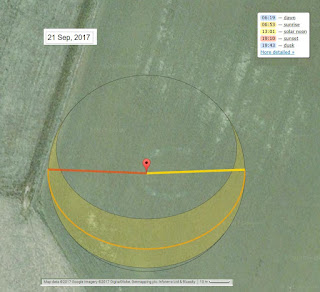 The barrow appears to align to the equinox sunrise (though I doubt that any barrows were so aligned, I think it is just an east facing entrance, but I may be wrong).

As does West Kennet Long Barrow 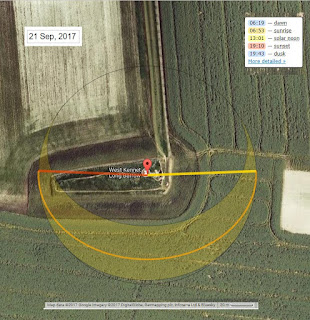