Russell Yeomans kindly sent me some photos of mammilated sarsens from Sidestrand and West Runton in Norfolk and a couple seen in Ipswich. I also include one that is my covert marking the resting place of my old dog George.

Mammilary;is defined as
1: of, relating to, or resembling the breasts
2: studded with breast-shaped protuberances
from the Latin mammilla breast, nipple, diminutive of mamma


UPDATE:  Rob Ixer informs me that they may be a bit too coarse to be called Mammilary and that Reniform would be a more accurate  term.

He also points out that they are probably Load Casts; "which are bulges, lumps, and lobes that can form on the bedding planes that separate the layers of sedimentary rocks. The lumps "hang down" from the upper layer into the lower layer, and typically form with fairly equal spacing. These features form during soft-sediment deformation shortly after sediment burial, before the sediments lithify. They can be created when a denser layer of sediment is deposited on top of a less-dense sediment. This arrangement is gravitationally unstable, which encourages formation of a Rayleigh-Taylor instability if the sediment becomes liquefied (for instance, by an imposed earthquake shock). Once the sediments can flow, the instability creates the "hanging" lobes and knobs of the load casts as plumes of the denser sediment descend into the less-dense layer." From Wikipedia, the free encyclopedia


(They are in order as above, click to enlarge) 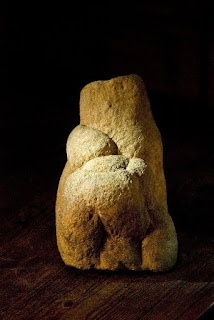 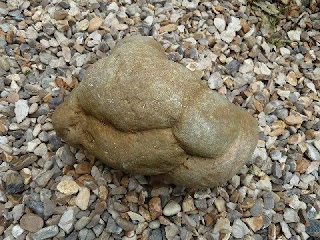 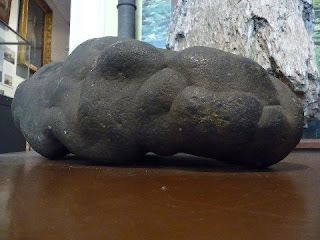 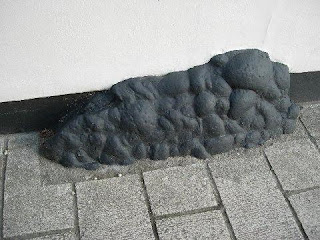 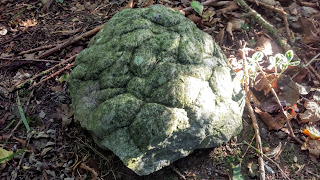