Sarsen Stone Found Buried Under the Bank of Durrington Walls

With the excavations at Durrington Walls starting in next week to discover if there is a row of buried stones under the bank, the so called Superhenge, or whether the geophysical anomalies are just chalk platforms, or something completely different, I have taken the liberty of reproducing the information that Simon Banton, the renowned expert on Stonehenge and its Landscape, has produced on his site mapping the barrows of the area about a sarsen stone that was found under the bank of Durrington Walls.

Durrington Flat Grave
AM: Flat grave with primary inhumation in cist covered by a sarcen with a flint dagger, whetstone, cone and belt ring of shale and two flint discs. Note: Location is not certain. PS: An inhumation in a grave covered by a sarsen boulder was found "above Durrington Walls" prior to 1812 (in which year Colt Hoare wrote that it had been discovered "lately" by a shepherd). The skeleton was accompanied by a flint dagger, a polished stone plaque or whetstone, a shale pulley ring, and a v-perforated shale button. These items, along with two discs of chalk, are in Devizes Museum. It has been suggested that the burial had originally been covered by a barrow, since ploughed out, although there is no trace of one either on the ground or from the air.

RCH: Durrington Walls (page 172)
RCH: In the rudest times other modes of burial, besides the barrow, were adopted. We have an interesting proof in an interment which was lately discovered above Durrington Walls, by a shepherd, who in pitching the fold, found his iron bar impeded in the ground : curiosity led him to explore the cause, which proved to be a large sarsen stone, covering the interment of a skeleton, with whose remains the articles engraved in TUMULI Plate XIX, were deposited, viz. a spear head chipped from a flint, a small hone or whetstone, a cone and ring of jet like a pully, and two little buttons of marl or chalk, all bespeaking an interment of the earliest date. 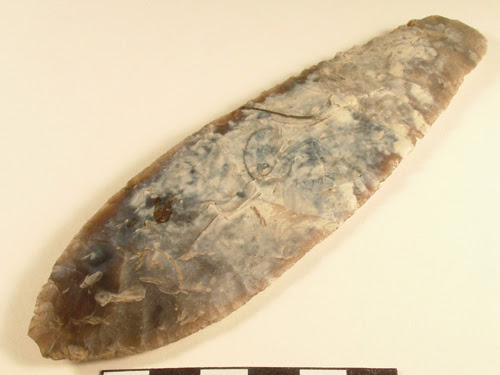 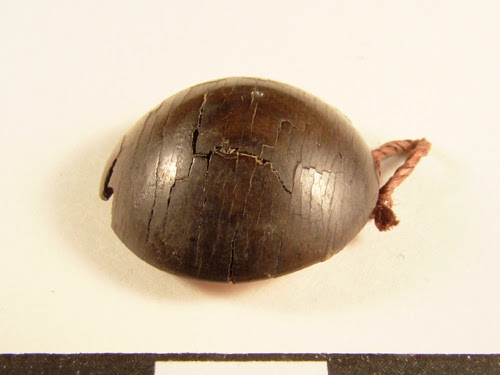 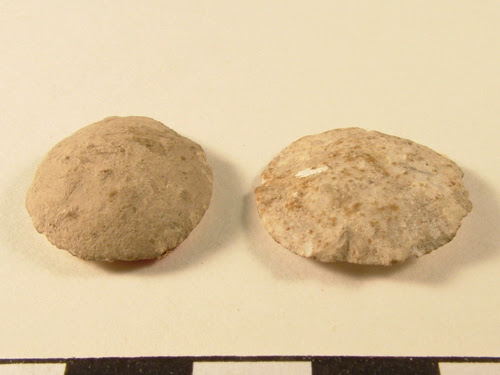 Additional Notes: Unscheduled. Location is not certain, but an OS county map of 1879 shows a "Stone" positioned along the line of the bank near the supposed NW entrance to Durrington Walls Henge. Since this pre-dates military acquisition of the land, this cannot indicate a War Department marker stone, nor does it lie on a parish or field boundary. See also: Stonehenge Hidden Landscapes Project geophysics results 2014-16.