A Fourth Mesolithic Post Hole in The Stonehenge Car Park?

During the relandscaping of the carpark following its closure a trench was dug just to the north of the 1966 excavations and just south of the fence line in the aerial photograph.

At position D (in the aerial photograph  - click to enlarge any picture) I noticed the trench had cut through a soil anomaly that to my untrained eye looked very like another post hole. The northern section was very clear but the southern section had modern disturbance and rubbish in the top.

Despite asking I was never given any information about this or the periglacial stripes uncovered and no excavation report seems to be forthcoming so I place these photos here in the public interest. 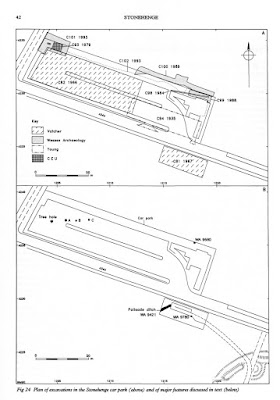 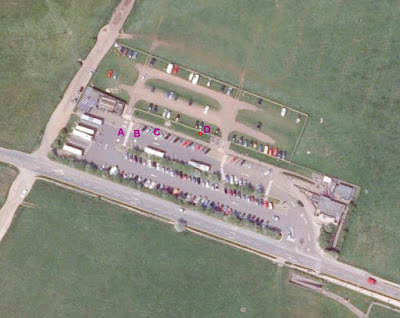 Spot marked D is the unreported disturbance spotted in a trench during the restoration of the carpark to grassland. 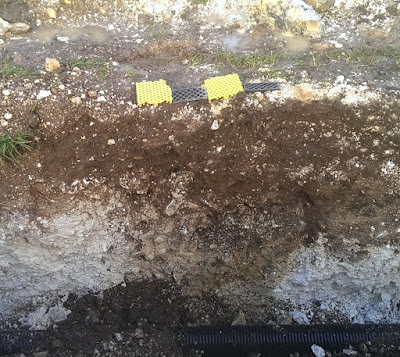 The north side - yellow and black markers are the standard plastic path used at Stonehenge - I need to recheck size, my notes are that they are 150mm long. 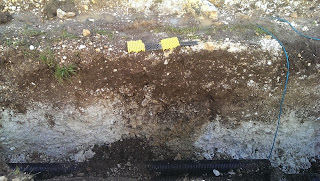 The north side - larger version 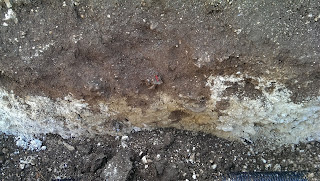 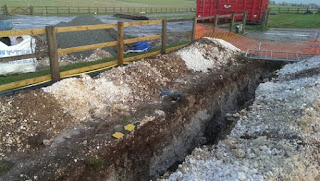 Position of mark with regard to fence and gateway 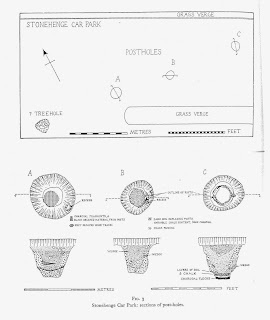 Click any picture to embiggen.
Posted by Tim Daw at Tuesday, July 26, 2016