Summer 2016 Planned Improvement to Stonehenge - The removal of the fences!

It is interesting to see the schedule of improvements that English Heritage included as part of the planning permission for the New Visitor Centre. 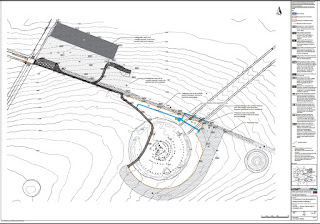 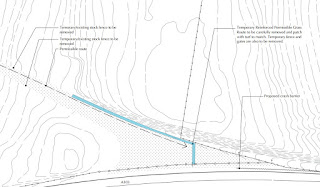 Click plans to enlarge.
The existing bridge over The Avenue and areas of reinforced grass to the west and east of the bridge are to be removed and patched using species rich chalk grass turf grown off site.
The temporary barriers/fence, such as rope barriers, to the grassed A344 is removed.

The final configuration of the temporary barrier/fence, such as rope barrier, for visitor circulation is formed into its final functioning arrangement.

I suppose we will have to wait and see if the fences at Stonehenge are removed this summer, the practical difficulties it would cause the staff leads me to doubt it will ever happen, whatever the planning permission says.