Dr Jim Leary has a great project going at the University of Reading looking at Round Mounds: which "seeks to uncover prehistoric mounds that were adapted for medieval defence or have been misidentified as later mottes – a previously unrecognized phenomenon that could re-write our understanding of both the Neolithic and Norman periods."


Such mounds as Silbury, Marlborough and Hatfield: "all three of these great Wiltshire mounds date to the second half of the third millennium cal BC, and all three mounds could be contemporary. They are also all located next to a river...Springs appear to be incorporated within and around the enclosure and even today the enclosure ditch holds water for part of the year. Clearly the low-lying nature of the topography and the brooks, streams and springs are key to understanding it."


I visited the mound at Sherrington, near Warminster in southern Wiltshire today and was struck how it looks like a small Silbury hill, an augmented end of a spur which has then been cut off with a moat.
At Sherrington the moat is filled with the clearest spring water and the mound is overgrown with trees.

It in private hands so there is no access to it, so photographs are hard to take even from the churchyard which overlooks it. 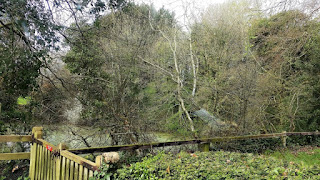 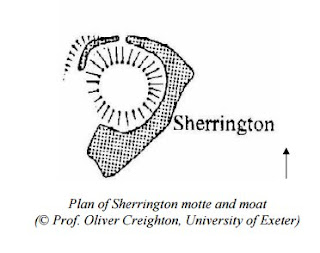 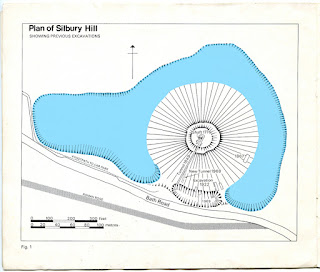 There are two very good sources to learn about Sherrington from- The Gatehouse Gazette, which has lots of links and Paul Martin Remfry (report by Sally Thomson 2013)

Sherrington Motte is seen as the Norman castle of the Giffords, but has no visible remains of masonry.   "The motte is 48m across and rises 5.5m above a 3.5m deep ditch, which widens in the east to form a water-filled moat. Vestiges of a perimeter bank on the top of the motte remain, but there is no trace of any structure. There is no evidence of an associated bailey." (Field Investigators Comments F1 MHB 17-FEB-75)

But " A ditch 110m NW of the motte was sectioned in 1972 and found to be 25 feet wide. It probably represents a bailey ditch. The enclosure map of Sherrington shows the road pattern to the south of the motte forms a D-shape enclosing the parish church, probably indicating a second bailey." The Wiltshire archaeological and natural history magazine93, 2000 Page(s)114-5

So not the best evidenced Castle Motte, but even if it was ancient mounds can be reused, and it would be strange if they weren't. Historical documentation seems to be sparse as well.

There is not a shred of evidence that it is an ancient mound but I have a feeling it might be. I will be putting forward to Dr Jim even though it fails one of his criteria, it is only 5.5m high not 6m.