I visited the Experimental Earthwork on Overton Down, one of the youngest archaeological sites in the county.

The ditch section of the Overton Down Experimental Earthwork provides a dated record of the degradation of two free faces with opposing aspects of a ditch dug into the chalk in Wiltshire. The earthwork was constructed in 1960.

Its gradual decay has been closely observed since - tests and excavations have shown that it decayed quickly over a number of years but then stabilised, suggesting that many prehistoric earthworks may have reached something not unlike their present state quite soon after they were abandoned. 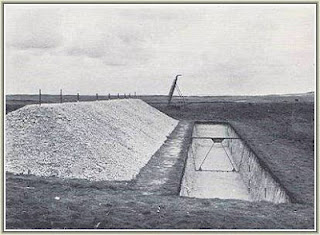 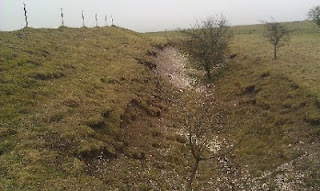 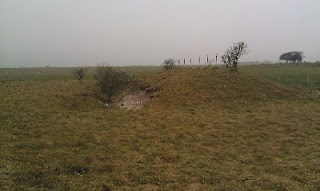 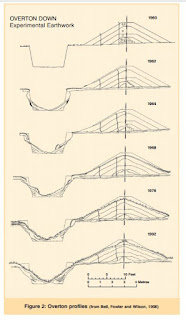 A full report is available at http://archaeologydataservice.ac.uk/archives/view/cba_rr/rr100.cfm
Posted by Tim Daw at Tuesday, February 28, 2012