Visible from the Long Barrow roundabout there is a major machine assisted excavation going on in the World Heritage Site just south of Normanton Gorse - the Google Aerial View is marked with a star where it is. This is where one of the Stonehenge tunnel entrances is planned  in one of the possible plans. 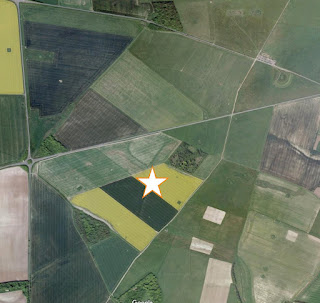 So I drove down the Byway to have a little look.

As I drove down a pickup spotted me and sped across as I stopped to take a snap from the Byway. 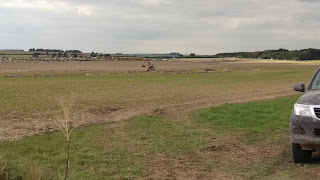 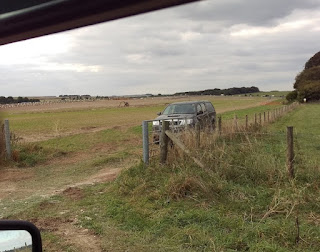 A very nice man, with a Wessex Archaeology jacket, asked what I was doing, said that he had to record everyone that drove up and down the byway as it was "sensitive"  excavating in the World Heritage  Site. 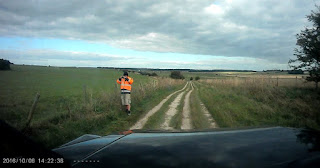 Looks like where the western tunnel portal will be has been decided.... 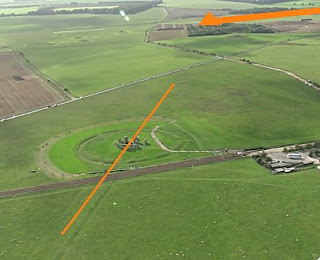 Andy Rhind-Tutt makes the very valid point that if the western portal to the tunnel is built where Wessex Archaeology are digging at the moment the lights from the tunnel entrance and approach road will be directly in line with the winter solstice sunset, the most important view at Stonehenge. No more last flash as the sun goes down just an orange glow....
The site of the dig is marked with an orange triangle, and connects to the approach road marked with a thick orange line. The solstitial alignment is the thin line through the monument.
Posted by Tim Daw at Thursday, October 06, 2016