The July-October 1954 edition of the Antiquaries Journal has an interesting write up of the 1952 excavations at Durrington Walls which I have not seen referenced before.

Stone, Piggott and Booth discovered a row, mostly a double row, of post holes that held posts when the bank was raised. They only excavated a 68 yard length so how far round the circle it went is unknown. The details are in the images below.

In 2016 excavations in the bank tested the "superhenge" theory and found that large posts had been in place before the bank was raised in the middle of the bank - for details see: https://archaeology.co.uk/articles/features/rethinking-durrington-walls-a-long-lost-monument-revealed.htm

It would have been interesting to have discovered if the outer post row extended to the areas where the massive posts were.

A note on the journal - this edition was missing from the Wiltshire Museum library and I was lucky enough to be given it and donate it to them. It was unopened or intonso so I took the liberty of using a plastic card - better than a knife - to open the pages to take the photos for my notes. There is still a lot to learn from old reports which are too often left unread in search for the new. 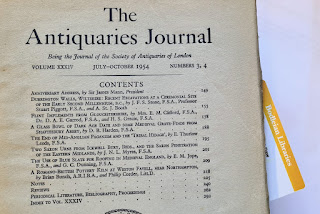 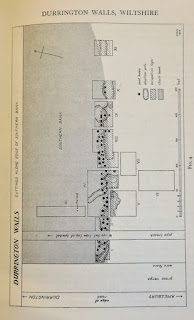 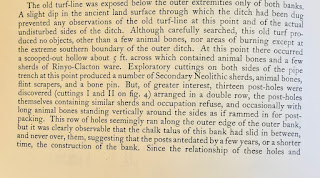 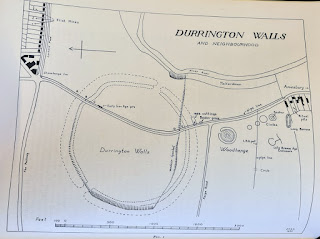 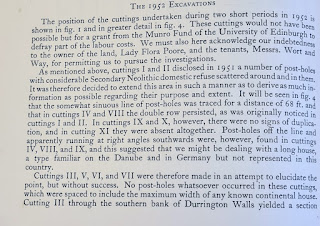 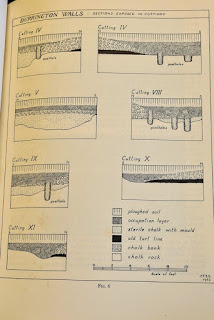 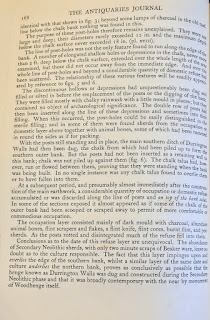 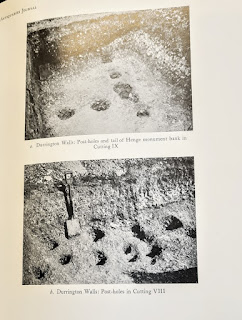 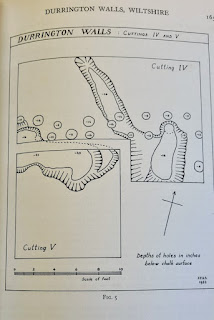 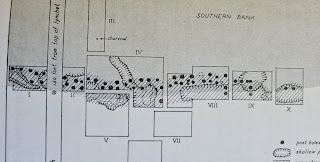