A question from a concerned friend of Blick Mead. What evidence or expert opinion is there that the proposed A303 scheme will damage or poses a credible serious risk to the archaeology of Blick Mead?

Anyone who knows me or reads this blog will know I'm happy to wade head first into the fray if I feel the evidence backs me up. But to be frank if I, who am instinctively on the side of the Blick Mead campaigners, am finding it hard to understand their campaign then if they are to convince others they need to produce some clear evidence and publicise it..

Fact one - the mesolithic site continues under the road. Yes, but it was trashed 50 years ago by the construction of the present A303, though a watching brief would be sensible. The new construction is all within the existing road footprint, no untouched areas will be touched.

Fact two - Blick Mead depends on groundwater fed springs. The ground water levels vary hugely through out the year and from year to year already. Highways England have put out comprehensive reports (links below) which say that with care and mitigation measures that "No likely significant effects are anticipated." Are there any expert opinions that say otherwise?

What else am I missing that is relevant to the very narrow question I am asking?
Please note I am asking a very precise question and I am not asking about anything else to do with the plan. 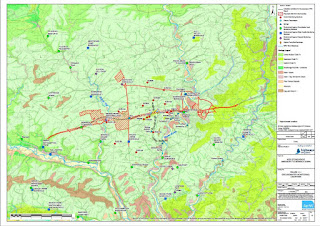 The Government decided in September to go ahead with a tunnel at Stonehenge but did not assess the environmental impact of the archaeological site Blick Mead – a mile and a half away – the only place in Great Britain that can trace people living there since the end of the Ice Age, claims a University of Buckingham archaeologist.

On documents the Government has incorrectly sited the Blick Mead excavation, in a place where the construction of the tunnel, and also a flyover, would be less damaging, he has pointed out.

The building of the flyover and the tunnel is likely to drop the water table and result in the loss of the current peat and silty conditions which preserve foot prints and other crucial evidence which dates the site. There are just 10 more weeks before the government’s consultation closes so time is running out for those who want to challenge the plans.

At the most recent excavation, the latest in a decade of digging at Blick Mead led by University of Buckingham archaeologist David Jacques, perfectly preserved wild cows (aurochs) footprints have been found. They have been preserved under a stone surface, a sign that they were deliberately intended to be preserved for ritualistic reasons because aurochs were believed to be sacred. Carbon dating revealed they are more than 6,000 years old which is the oldest signs of real life yet uncovered at Stonehenge. Previous digs have unearthed a home, plentiful signs of feasting and human settlement in this area including having cooked frogs’ legs but the site of all these finds would be damaged irrevocably if the flyover and tunnel go ahead.

The Blick Mead site has built up a timeline revealing that hunter / gatherers came to Blick Mead between 8,000-4,000 BC, making the site the most long-used in British history in the whole of the country. Unlike anywhere else in Britain, nomads, the previous occupants, were there at the time the first farmers settled in the Stonehenge area, having come across from the continent. The contact between the two groups may be the key to unlock why Stonehenge was built where it was as the nomads had made monuments there and seen it as sacred thousands of years before could have passed these beliefs on to the new settlers. However, the crucial place of evidence, which is the only place in the country where British history can be traced back to the end of the Ice Age, will be destroyed by the flyover and the tunnel.

Professor David Jacques said: “If Highways England and the government can’t even locate Blick Mead in the right place how can we trust anything in this process. The Stonehenge world heritage site landscape is unutterably precious and you tamper with it at your peril – you cannot make it come back. The UK government, the National Trust and English Heritage either value that or they don’t. The tunnel scheme will clearly compromise the archaeology. Whose interest would that be in?”