Which discussed how pale patches where missing stones "should" have been suggested strongly that the holes at least had been dug for them, if not that the stones were erected there.

There was also a suggestion of another ring of holes equidistant between the Z and Y holes. I noticed that the marks have reappeared again this year, which is important as it adds to the years they have been documented in and shows they were not some aberration of the year of discovery. 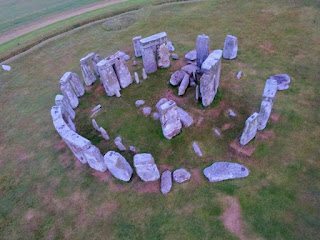 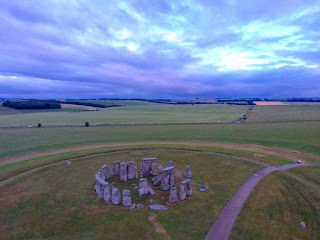 Photos by Daniel Alcyone to whom many thanks.
Posted by Tim Daw at Monday, June 26, 2017