What date was it registered? I think it wasn't on the Wiltshire Website until the last week of March 2017 but the document claims to have been Registered on 23rd January 2017 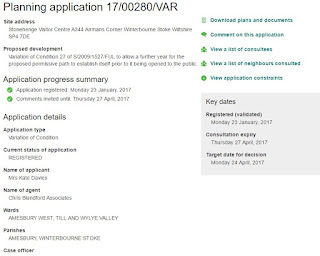 And it appears on the Weekly List for 23rd January 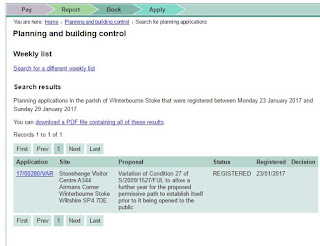 Which ties in better with the consultation period.

But English Heritage are asking for a year's grace prior to opening the path by the 1st October 2017 - so why the delay in asking for permission?
Posted by Tim Daw at Tuesday, March 28, 2017