Below are some extracts from an interesting article on how the Lubbock's Preservation of Ancient Monument Bill was a watershed in the rights of private property and the State's power over it and its owner.

Before it was passed an owner's right to do as he wanted to with his property was largely unhindered by the state. Sir John's bill was narrowly focused, but its opponents warned it was a slippery slope eroding property rights. The view that private property rights were too important to be meddled with was the excepted view of society. The strong version of this view is now almost completely absent from political circles, all the slippery slope examples, and many more, have come to pass and we live in a nation with very different views on the inviolability of private property. 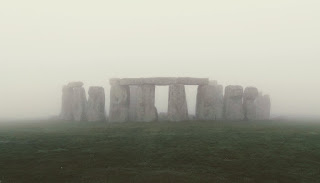 
On February 7, 1873, Sir John Lubbock, a Member of Parliament for Maidstone, introduced into the House of Commons what might have seemed the most innocuous of legislative proposals, "A Bill to Provide for the Preservation of Ancient National Monuments."...

Sir John drafted his bill to be as uncontroversial as possible. It established a commission with authority to designate important antiquities as ancient monuments. The owners of any such designated monument would thereafter be obligated to notify the government, and offer it the monument for purchase, before undertaking construction on the site. If the government decided not to exercise its right of purchase, the owners were free to go forward with their work. The owners were entitled to full compensation. Last, in order to intrude as little as possible on the private lives of the landowners, all inhabited places, dwellings, gardens, and parks were excluded from the bill's coverage.

Despite its seeming restraint, the Ancient Monuments bill generated a fire storm of opposition. Sir John pressed unsuccessfully for its enactment every year for ten years. When a monuments law finally passed in 1882, it had been stripped of its strongest provisions, concerning notice and compulsory purchase. Under the bill that was finally enacted, the government could do no more than purchase from a willing seller should the Treasury deign to provide any money for that purpose, accept the role of guardian of designated monuments at the behest of an owner, or accept monuments deeded or willed to the government by private owners.
Why was the Lubbock bill so controversial? It was certainly not the subject matter, as antiquities were greatly prized by the English..... Hardly anyone disputed the worthiness of the goals of the Ancient Monuments bill; it was the legislation's mechanism for achieving those goals to which people objected....

His was the first piece of legislation in the Anglo-American world' to embrace two related principles: that the protection of cultural property was a governmental duty, and that public ownership and control should be brought to bear on unwilling proprietors. The Ancient Monuments bill shifted the line between public and private authority a considerable distance for that time. A Member of Parliament expressed the contemporary dissatisfaction with the Lubbock bill, as experienced by the proprietor of Stonehenge: "[He] had done his best to protect that 'ancient monument,' and.., objected to having the jurisdiction over his own property taken out of his hands."

What was missing from Lubbock's defense of the bill was the recognition that his legislation attacked a central premise of the private property system: whatever values inhered in property, private proprietorship was a sufficient institution to ensure their protection. No government action was necessary to remind the citizenry of its duties. Not everyone phrased criticism of this aspect of the bill as crudely as Sir William Harcourt, who said: "It was wonderful to see how some hon. Members sank all their ordinary principles whenever one of their peculiar hobbies was affected.... [One] became a Communist, put on the red cap, and said that private property was nothing to him."'....

The Lubbock bill invoked the quite different picture of an expanding government with an open-ended cultural program.

The opposition sought to illustrate the significance of the difference by asking what limits could be placed upon the principle embodied in the Ancient Monuments bill. If it was appropriate for government-rather than the owner of the land-to decide the fate of a Roman camp or a prehistoric mound, why should not government soon be deciding the fate of a great many other things? As the Attorney General, Sir John Holker, put it:

If they adopted the principle of the Bill in this respect, where was its application to cease? If they were going to preserve at the expense of private rights everything which happened to be of interest to the public, why should they confine the legislation to those ancient monuments?... Why should they not equally provide for preservation of the mediaeval monuments-of those old abbeys and castles which were quite as interesting as the Druidical remains? And why should they stop even there? Why not impose restrictions on the owners of pictures or statues which might be of great national interest? If the owner of the "Three Marys" or of Gainsborough's "Blue Boy" proposed to send it out of the country, were they to prevent him, on the ground that the matter was one of national concern? If they said that a certain circle of stones was of such national interest that an interference with private rights was justifiable in order to preserve it, might they not also say that a certain row of beech trees on a man's estate which gave great pleasure to persons passing by ought in the same manner to be preserved?

It took less than a hundred years until the fanciful examples the Attorney General put forward became common realities. The government of England does provide for the preservation of medieval structures, restrict the exportation of famous paintings, and preserve forests. England also has a special and extensive law that permits the adoption of "tree preservation orders," precisely to protect features such as rows of aesthetically pleasing beech trees.

The assumption under which the Attorney General operated was that the objects he mentioned were preeminently private and thus should be at the disposal of individual owners. That certainly was the common understanding of the time, so much so that it was apparently thought sufficient merely to offer telling examples to show the flawed principle in the Lubbock bill. Sir John Lubbock himself repeatedly insisted that he supported no such broad principle. But his opponents had the better of the argument. Whatever principle justified a public takeover of Stonehenge was no less applicable to a medieval manor or an ancient grove of trees. The Lubbock bill had to stand or fall on some large claim in favor of collective policies displacing the individualistic, decentralized, and autonomous system of private property that existed in the late nineteenth century...

It is now almost universally agreed that the state has both a right and a duty to protect cultural heritage properties, notwithstanding the reluctance of a private owner, and that the owner of such properties can no longer assert a "childish right of destruction." These precepts are a legacy left us by Sir John Lubbock...no one in the Anglo-American world had articulated a legal rationale for preservation legislation prior to the debates over the Lubbock bill. No historian has yet made an effort to trace the direct influence of the ideas underlying the Ancient Monuments bill or the lessons from the threatened loss of Stonehenge or the rescue of Avebury....