An update on my announcement of a possible Bluestone debitage scatter find at Stonehenge: 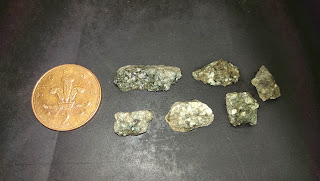 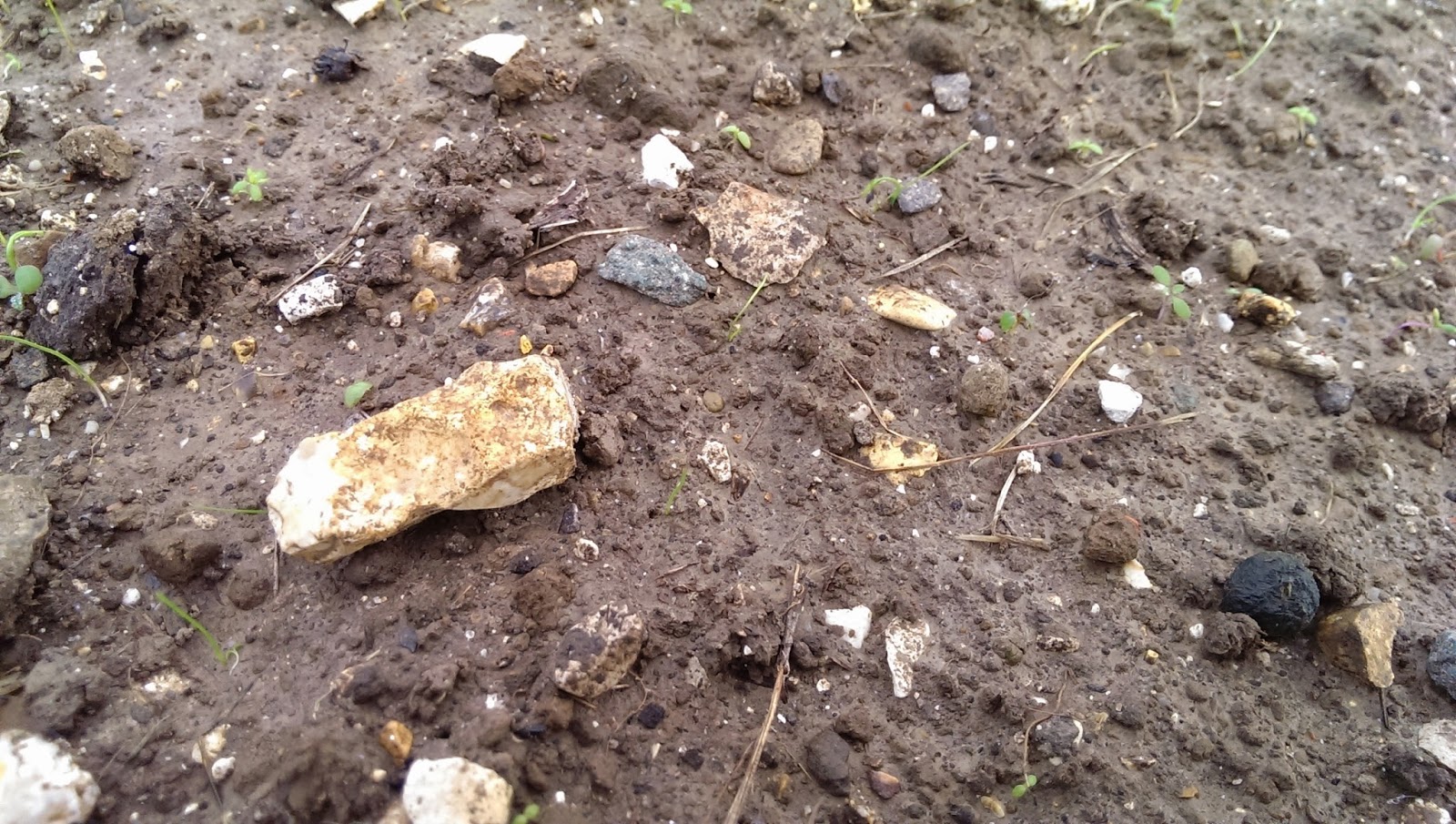 Over two hundred chips were seen  on the surface. The find was very close to Stonehenge, in the landscape but not within the Stonehenge Triangle. It was on the footpath of the A344 between the tunnel and Heel Stone, which has now been covered over with the restoration of the landscape scheme.

Rob Ixer has very kindly examined a sample and provided me with a Press Release on the findings:


Lithics from within the Stonehenge landscape collected by Mr T. Daw.

A selection of small lithics were collected by Mr T. Daw from within the Stonehenge landscape, they were macroscopically identified using x20 magnification. Their uniform but very restricted size range is of note as this would be unusual for Stonehenge debitage.

They comprise a mixture of modern roadstones, mainly fine-grained basalt , altered basalt and felsite, plus a single Stonehenge saccharoidal sarsen. The majority of the lithics are fine-grained igneous and similar in appearance to the spotted dolerites comprising most of the bluestones. Although the lithics are too small to determine macroscopically they appear to include two different types. No non-dolerite bluestone (rhyolite, tuff/ashes, sandstone) was recognised.

Two representative samples were sectioned to determine if either main group of lithics was a Stonehenge bluestone but neither was.  A sample of the abundant white feldspar and one of the rare, white feldspar classes of possible preselite were sectioned and petrographically described in transmitted and reflected light.  Neither thin section showed Preseli Dolerite.

The two sections add to the large number of adventitious lithics-mainly 19th and 20th century roadstones found in the Stonehenge Landscape.