The Daily Express brings us exciting news of the discovery of a possible Dolerite boulder stuck in the intertidal rocks on the Gower Peninsular.

This blog prides itself on being evidence led and this discovery shades my prefered Bluestone transport theory, the overland A40 route. I freely admit that my preference for this to the Atkinson favoured sea route is because I'm a confirmed landlubber but it also seems to fit the evidence better.

So Phil Holden's discovery of a pillar shaped and sized dolerite, it almost look shaped ready for final dressing, (pictures in the Daily Express) on the coast behoves me to note that it provides good evidence for the rafting of the bluestones around the coast.

The Gower Peninsula and shipwrecks have become synonymous with each other over the centuries and the discovery of what appears to be the remains of a neolithic cargo driven onto the rocks is exciting but probably not conclusive evidence that this was the route used. No mystery solved, no smoking gun but another piece of the jigsaw as to how the bluestones were transported. 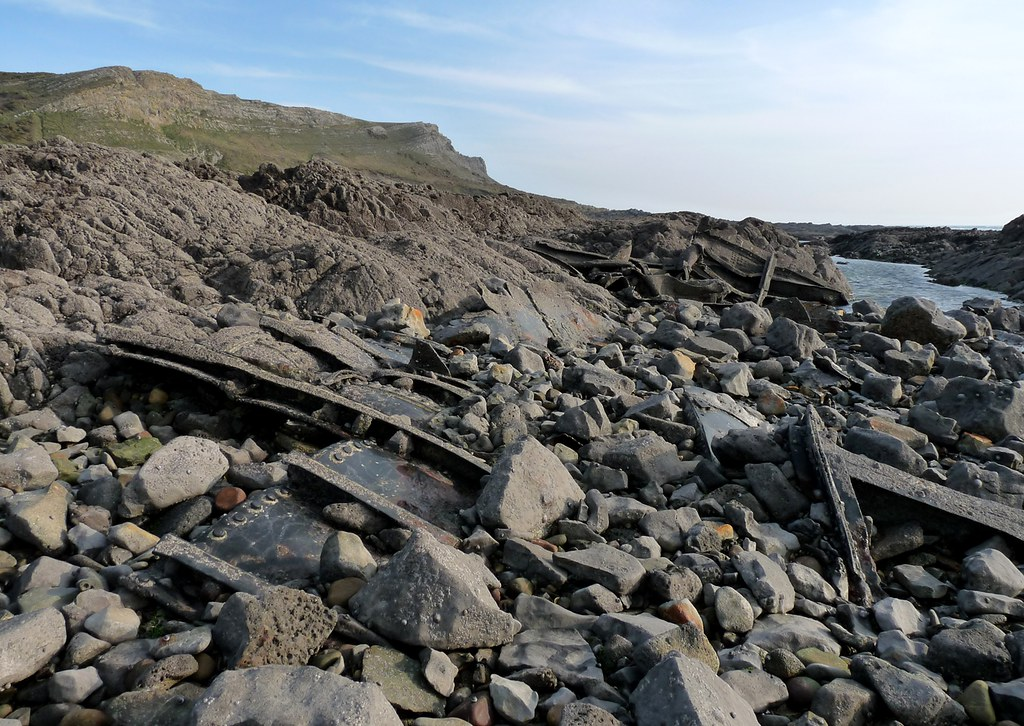