Stone 55 is the broken and fallen upright of the Great Trilithon. On what is now the upper surface it has a bulb of unworked sarsen presumably left to help stabilize the shallow foot. As far as I know Gowland didn't excavate the other side of the bulb and so we don't know the shape of the stone there. But the assumption is that is flattish and in line with the excavated portion of the stone.

To the north east of the stonehole there are two sarsen blocks which are thought to be packing stones. To the southwest there are more shallower stones which would seem to have been packed under the bulb.

Gowland says (pg 53 of his 1901 report  "Recent Excavations at Stonehenge"): "..there cannot be the slightest doubt that they (the shallower stones) formed the packing of the back of the base, and the two larger blocks and stone mauls that of the front. The base must therefore originally occupied the space between them and this would bring the upright of the trilithon into line with its companion, No. 56."

The illustrations below show the original Gowland plans and also with a block showing the outline size of  Stone 55 (108 cm - 3'6" wide).

This shows how 55 fits neatly into the hole and that the back particularly is in line with the back of the other upright 56. 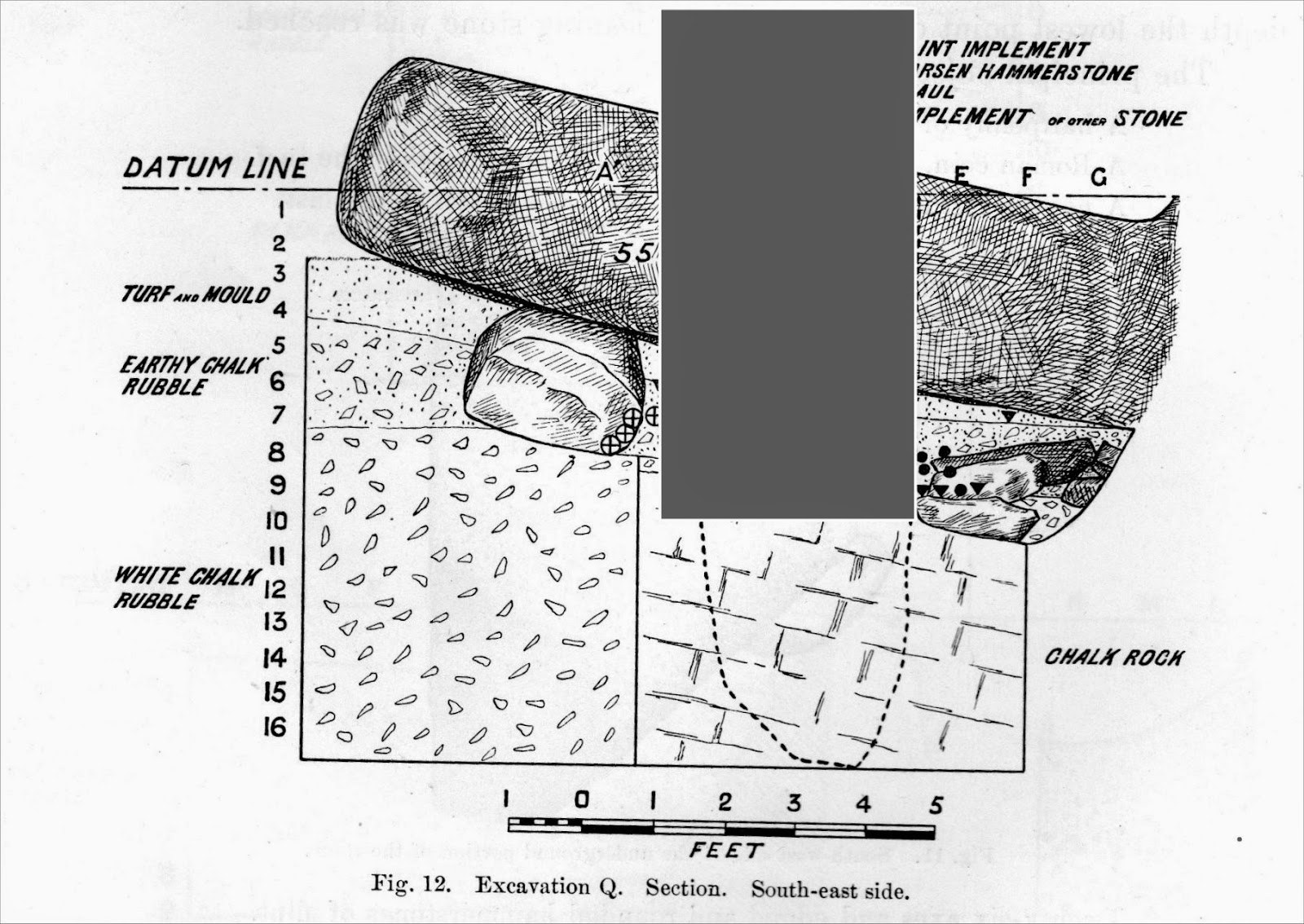 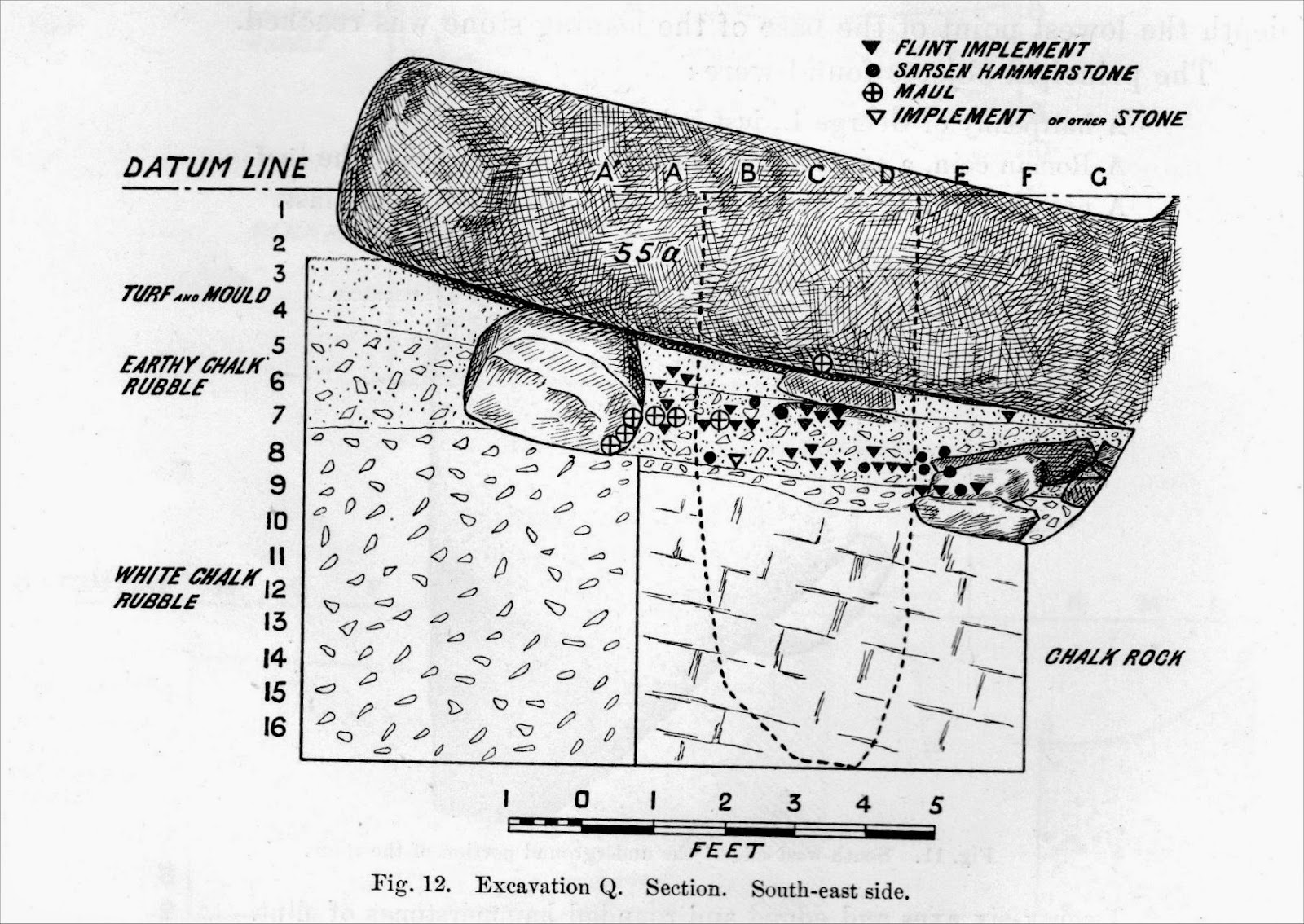 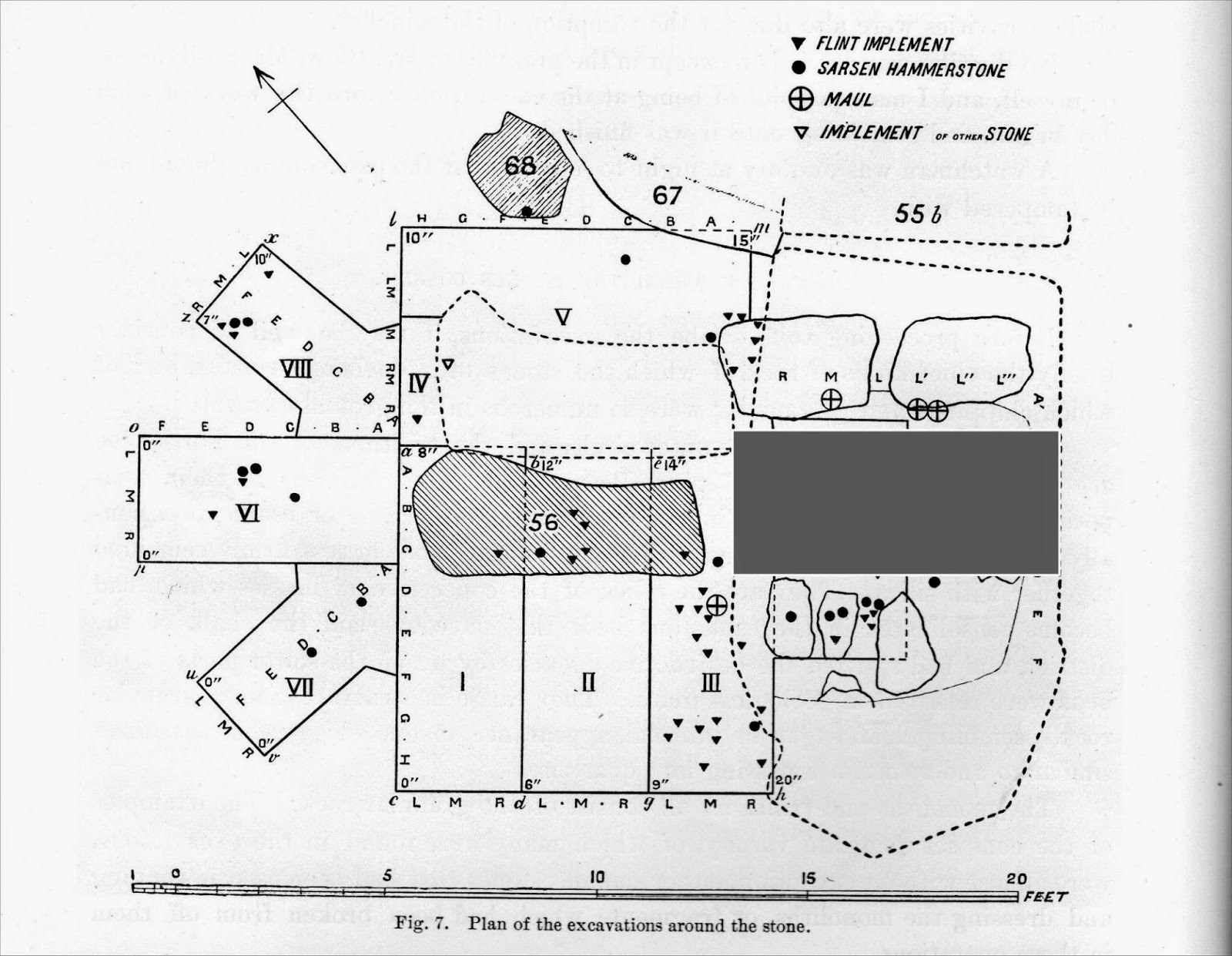 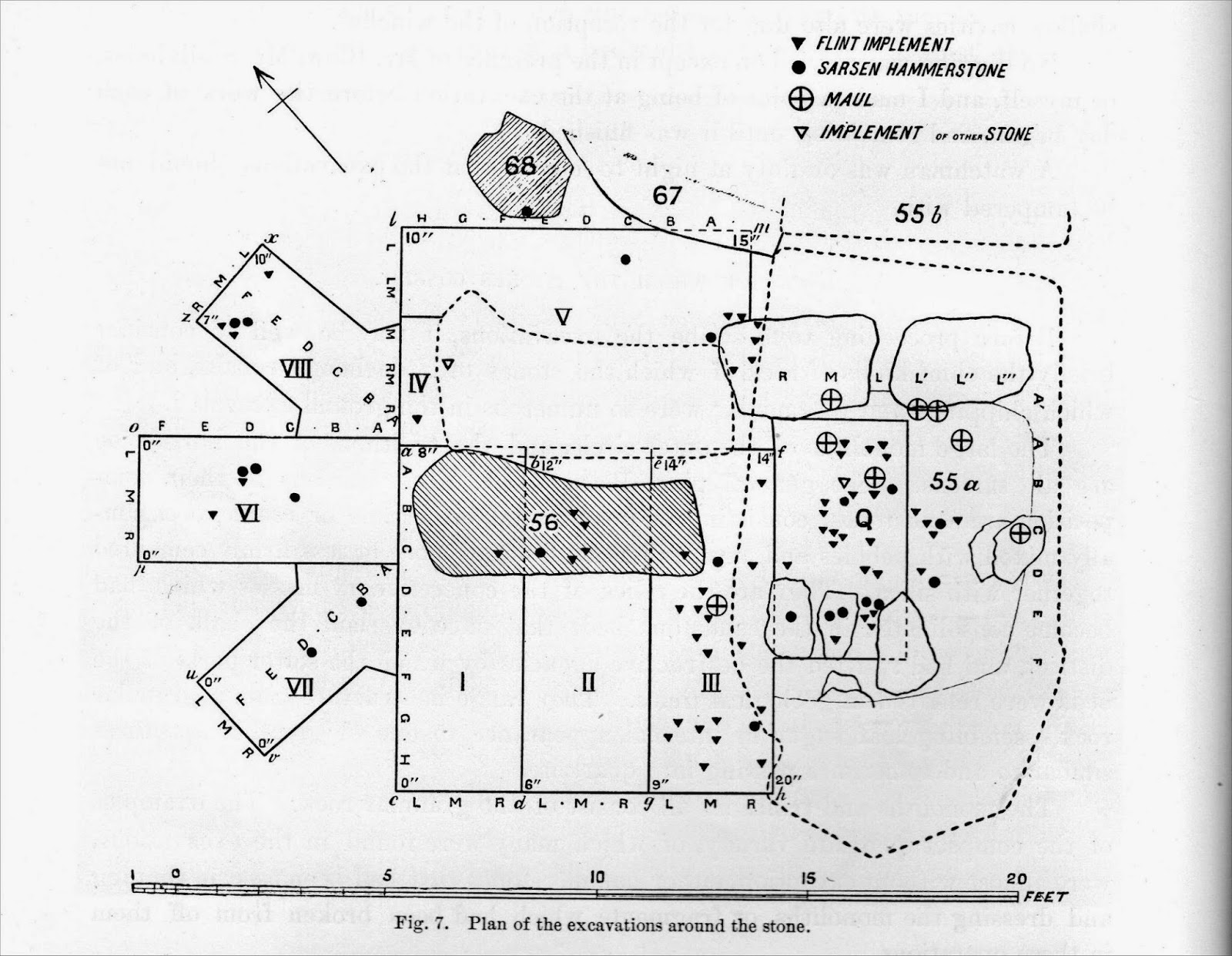