The Heel Stone and the Horizon


(The Heel stone) has a remarkably peaked top, which is unlike that of any other stone there, and which gives a definite horizon azimuth. Is, then, the peak to be observed from the middle of the entrance, or from the slit between the middle trilithon? First, the entrance is 50 inches wide, and its middle is not easily settled without measurement; whereas the slit between the trilithon was only 13 inches wide, about the same as the peak of the Heel stone, the estimated middle of which would give a good definite azimuth on a length of 3400 inches. Next, the horizon is invisible at the entrance, the peak of the Heel rising far above it; and it is only on retreating up the slight rise, to behind the middle trilithon, that the horizon is seen on the level of the peak, by an eye at a fair height of 65 inches from the ground; behind the circle the peak is seen below the horizon. From both these reasons, it seems nearly certain that the point of observation was intended to be from behind the trilithon, to the peak of the Heel stone; as any place between the entrance and the trilithon shares the disadvantages of the former.

An old postcard shows the horizon from the middle of the  circle before trees obscured it: 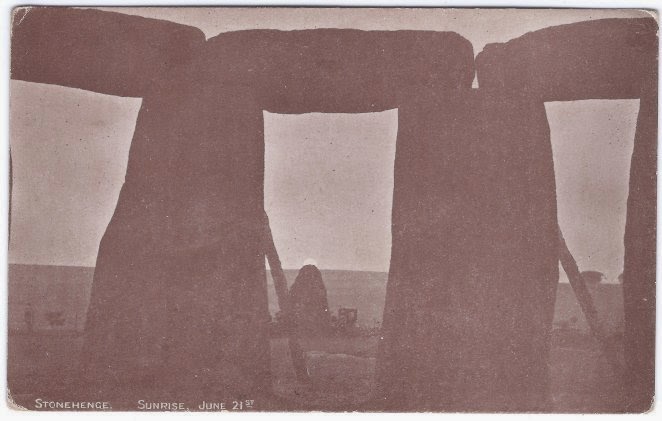 I took a stroll into the circle to see the changes now and how the Heel stone rises up to the horizon as one walks in.
The photos were all taken at approx 65" from gound level and can be clicked to enlarge. 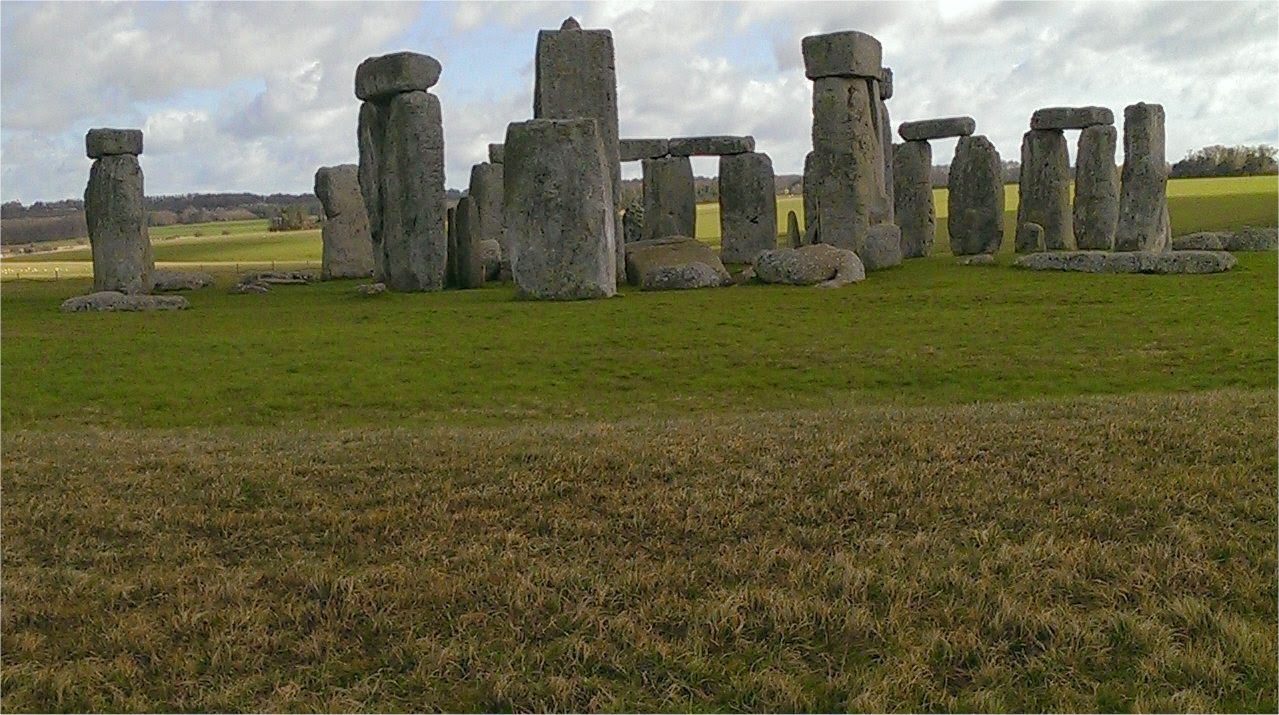 From beyond the bank 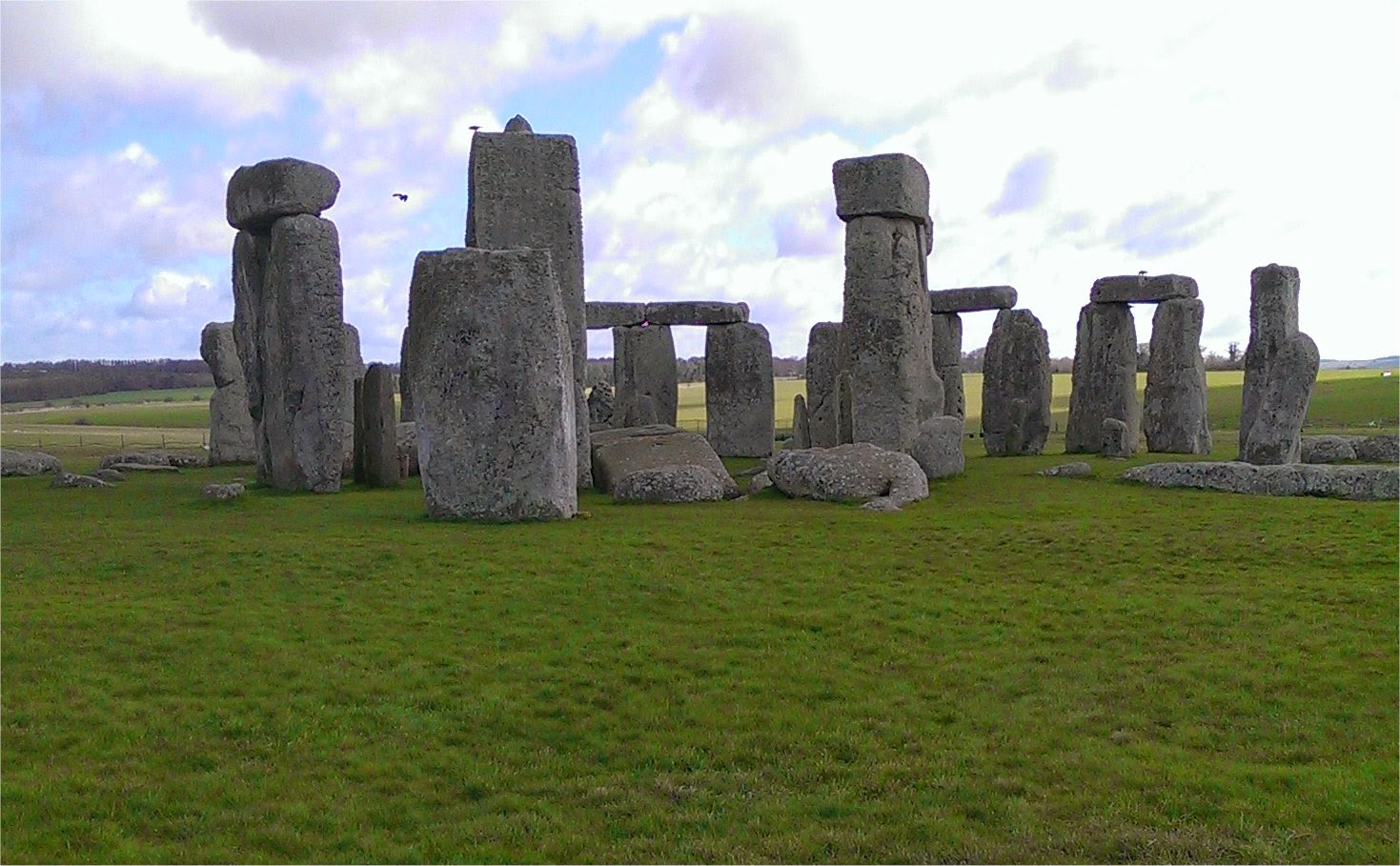 From the Aubrey Hole ring 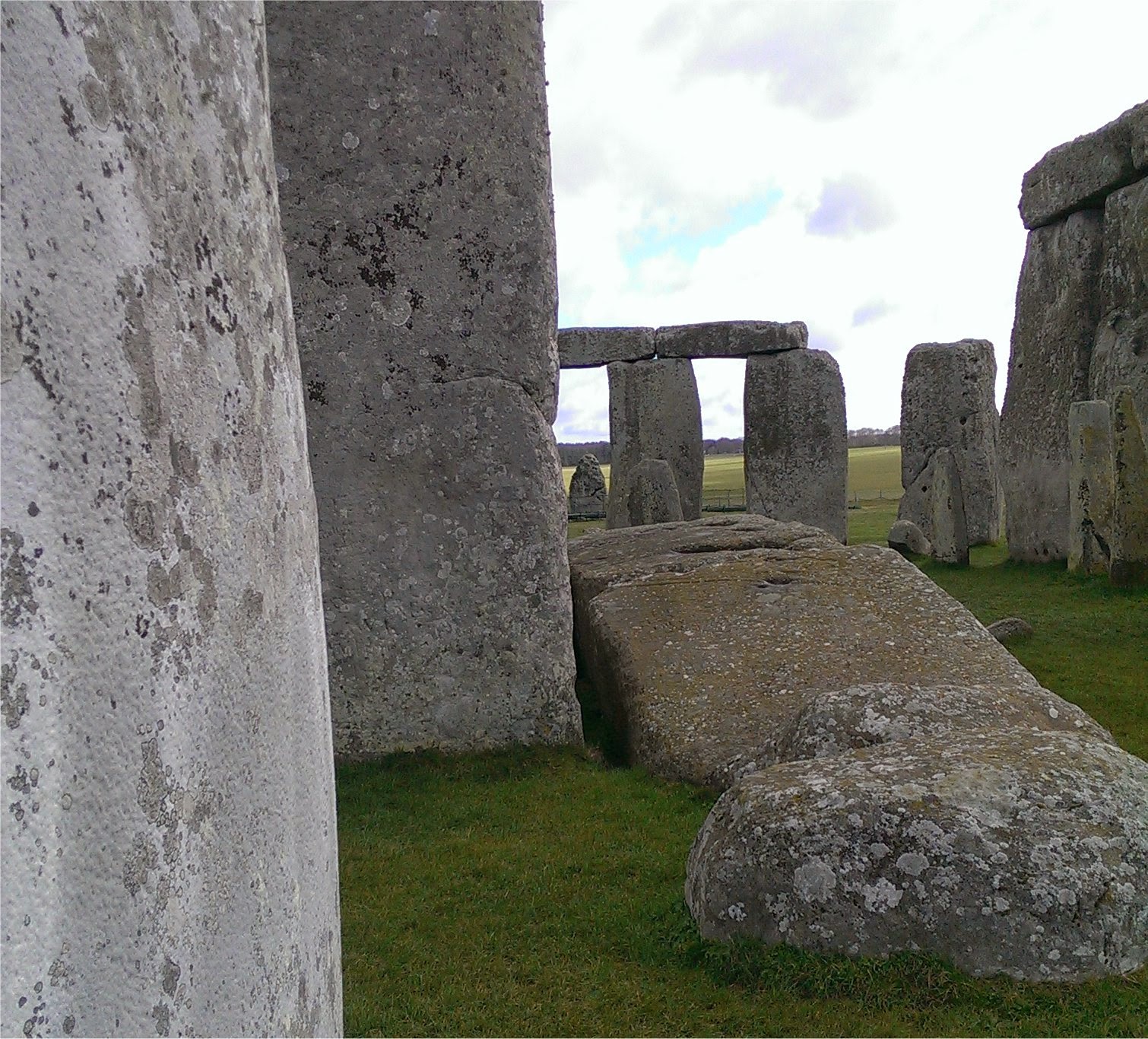 From the outer stone circle 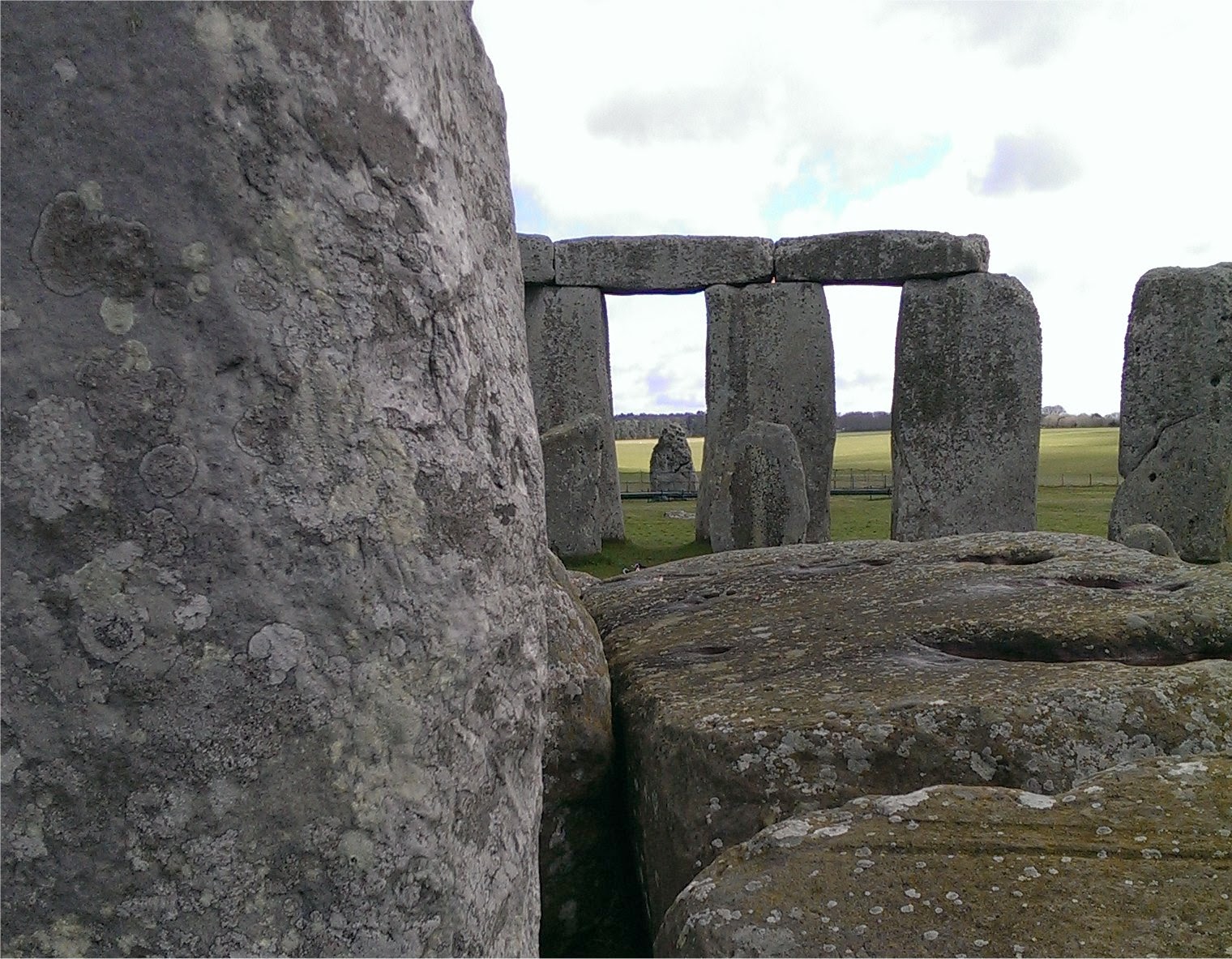 From behind the Great Trilithon 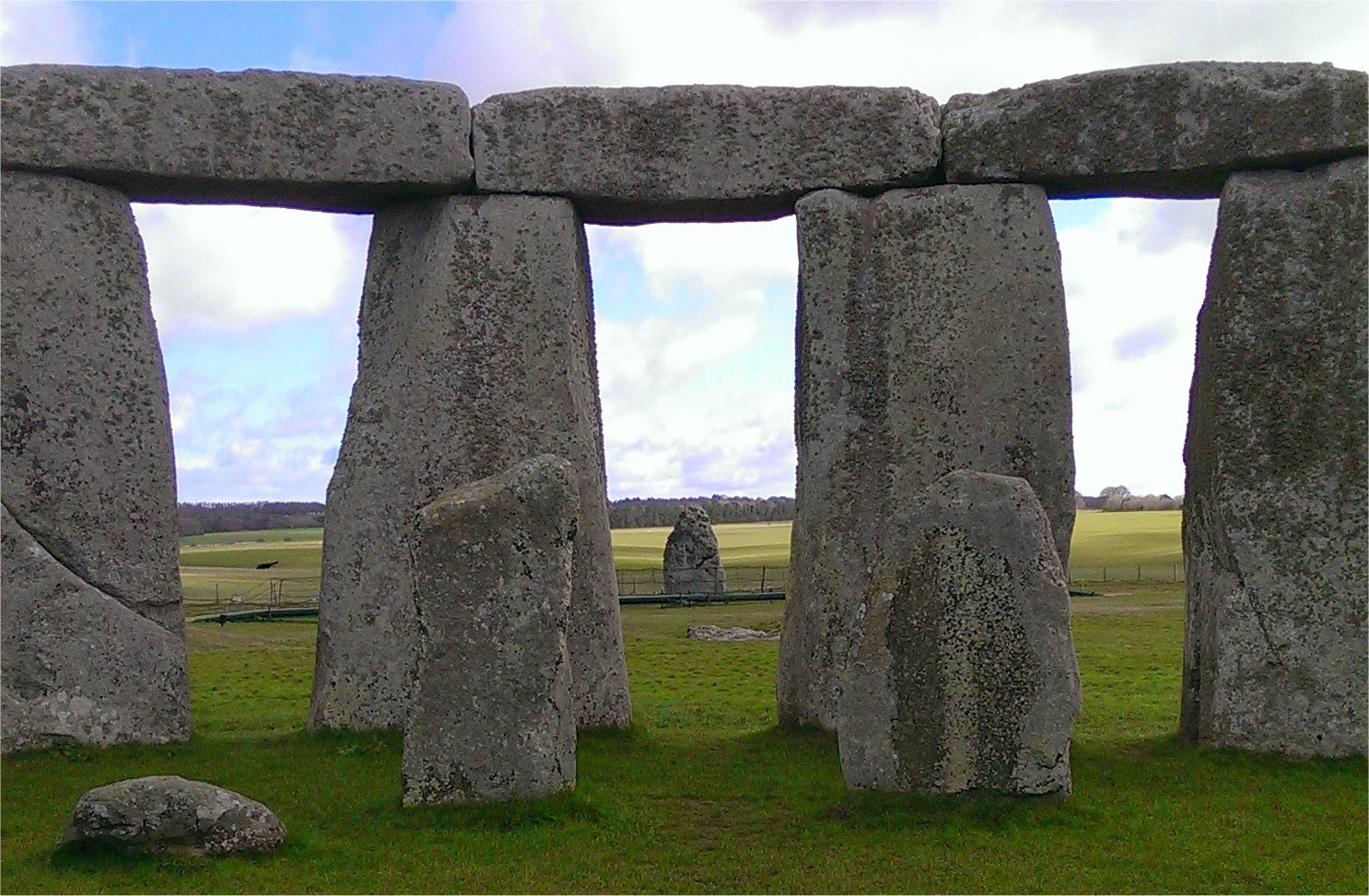