Stonehenge: Making Sense of a Prehistoric Mystery (Cba Archaeology for All)

Winter Solstice at the Long Barrow - the movie!

Winter Solstice at the Long Barrow at All Cannings 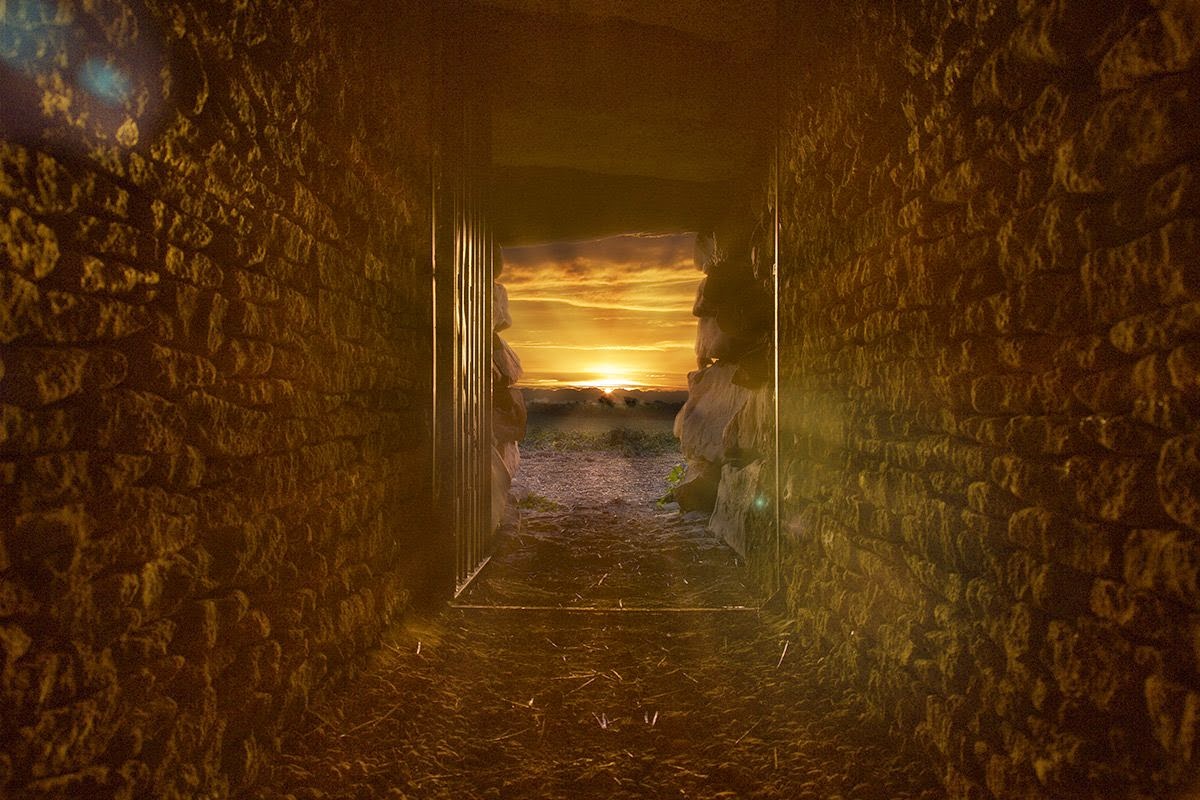 Stonehenge: As Above, So Below by Paul Burley

Stonehenge: As Above, So Below


Paul kindly sent me a copy of his book.

My first impression was very positive, it is a handsome book, well printed and illustrated. This is surprisingly important, there are books on Stonehenge I refuse to read because of their shoddy feel and look.

The book is thoroughly researched and referenced though some of the diagrams don't aid understanding as well as they could. Which is a shame as Paul's thesis is monumental in scope and importance. Nowhere does he spell it out in a few simple phrases so my paraphrase of it is that the ancient landscape around Stonehenge, especially the Long Barrows and Cursus, were laid out as a large map or representation of the stars and constellations. This is analogous to other ancient civilisations' spiritual respect for the cosmos.

He analyses alignments and sightlines and angles to a great degree of precision, and this makes for a very interesting read. My regard for Stonehenge is more boringly mechanical than his lovingly told descriptions of rituals and how they may have been echoed at the site.

For me it was a bit too astronomically technical, but that would suit many researchers into Stonehenge. I found the lack of a clearly defined thesis made it hard to judge the claims being made and the potential counter arguments that the components of his astral map were too temporally distinct and diverse and so on, were not acknowledged. This left me with the feeling that the theory was only half argued and that I was unconvinced.

But I thoroughly enjoyed the book, I learned a lot and it made me think of the landscape in a different way, even if I didn't immediately become a full flown convert at first reading. For anyone interested in archeoastronomy and Stonehenge I can recommend it.

Darvill and Wainwright on Carn Menyn

Beyond Stonehenge: Carn Menyn Quarry and the origin and date of bluestone extraction in the Preseli Hills of south-west Wales

"Recent investigations at Stonehenge have been accompanied by new research on the origin of the famous ‘bluestones’, a mixed assemblage of rhyolites and dolerites that stand among the much taller sarsens. Some of the rhyolite debitage has been traced to a quarry site at Craig Rhosyfelin near the Pembrokeshire coast; but fieldwork on the upland outcrops of Carn Menyn has also provided evidence for dolerite extraction in the later third millennium BC, and for the production of pillar-like blocks that resemble the Stonehenge bluestones in shape and size. Quarrying at Carn Menyn began much earlier, however, during the seventh millennium BC, suggesting that Mesolithic communities were the first to exploit the geology of this remote upland location."

The final paragraph of the paper does seem to suggest a fancifulness to it, but I haven't yet had sight of it, so I wouldn't presume to offer any judgment on it.

"Many explanations as to why the bluestones were considered sufficiently important and meaningful to move from Wales to Wiltshire can be proposed, and there may be more than one reason. The demonstrable antiquity of stone extraction on Carn Menyn, long before the building of Stonehenge began, tells us something about the ancestral significance and power of the landscape from which the bluestones were taken. Perhaps Mynydd Preseli was the home of the gods: the Mount Olympus of Neolithic Britain. But we also believe that the association between bluestones and healing springs in the Preseli Hills was important (cf. Jones 1992), and something that resonates with long-standing oral traditions that were first written down in the thirteenth century AD (Piggott 1941). Springs were a significant and persistent feature of the Stonehenge landscape, as the recent work at Blick Mead shows (Jacques et al. 2012). Soon after the bluestones were installed at Stonehenge (Stage 2) the central structure was linked by an Avenue to Stonehenge Bottom and the River Avon (Stage 3), thereby fixing and formalising the relationship to water (Darvill et al. 2012a: 1035). The idea that powerful stones were moved from their source outcrops on a special, ancestral or sacred place to ‘franchise’ distant shrines and temples finds parallels in West African societies and elsewhere (Insoll 2006). We propose that, after the earthwork enclosure at Stonehenge ceased to be a major cremation cemetery sometime about 2500 BC, bluestones from Carn Menyn and other nearby outcrops in west Wales were brought to Stonehenge and set up within a temple whose structure had already been built from sarsen stones. From that time onwards, pilgrims and travellers were drawn to Stonehenge because of the special properties that had empowered Stonehenge to provide pastoral and medical care of both body and soul: tending the wounded, treating the sick, calming troubled minds, promoting fecundity, assisting and celebrating births and protecting people against malevolent forces in a dangerous and uncertain world. The bluestones hold the key to the meaning of Stonehenge,
and Preseli was the special place from whence they came at a high cost to society in labour and time, as befitted such important talismans."
Posted by Tim Daw at Wednesday, December 10, 2014 47 comments:

An Anglo-Saxon decapitation and burial at Stonehenge.

An Anglo-Saxon decapitation and burial at Stonehenge. 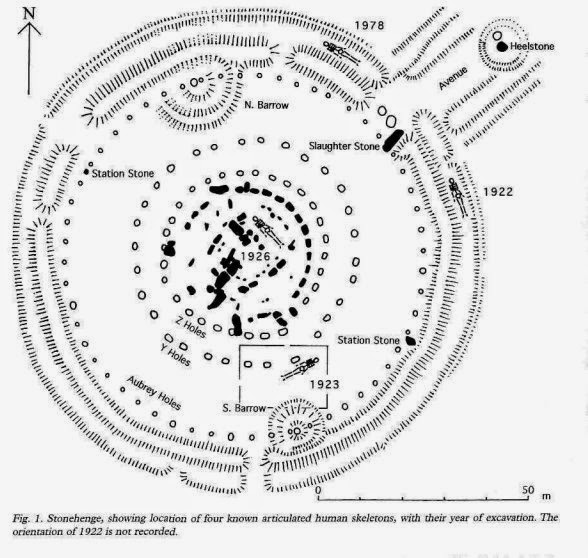 Hawley's report of the 1922 burial

Hawley's report of the 1923 burial - click pictures to embiggen them.

And another similar one just north of Avebury: