Starry, starry nights and Stonehenge | The Times:
"A scheme of tilted lighting would not interfere with the view of the starry night sky and would provide much pleasure"

Sir, I am not surprised by the response (letters, Nov 28) to my letter (Nov 26) suggesting lighting Stonehenge at nightfall. The scientific camp think that this might interfere with a view of the starry night sky and ancient astronomical rituals. It is a minuscule portion of the population who are involved in something so esoteric, and no one appreciates the uniqueness of this place more than I, as someone who lives here and knows when there is a clear star-strewn sky (there are far more nights when there is not).
It is possible to tilt lighting so that it does not arc into the sky to interfere with a panoramic view of the heavens. This is also the main lorry route to the South Coast, with endless vehicle lights at night. As to the idea that one could pull off the road to gaze at the henge — there isn’t anywhere safe to pull off the A303; and can you imagine the disaster if dozens of cars tried this?
The ancient religious rituals in Stonehenge would certainly have involved torches and fires. Isn’t it time the scientific community climbs down from its astronomical ivory tower and shares a little more of the jewels of the nation with the rest of the country?
Lady Pakenham
Warminster, Wilt
Posted by Tim Daw at Tuesday, November 29, 2011 No comments:

Factsheets : Cadet Chapel: "FALCON CIRCLE
The worship area known as the Cadet Chapel - Falcon Circle came about through a request from the Air Force Academy's followers of Earth-Centered Spirituality, an umbrella of traditions that includes Wicca, Paganism and Druidism. The large stones comprising the circle were removed from the side of the hill overlooking the Academy's visitor center, where erosion threatened to collapse them onto the visitor center. The circular nature in which the stones were placed lent itself to facilitating outdoor worship services.

Following the Earth-Centered community's request, the Academy spent approximately $80,000 to upgrade the area, adding flagstones to enhance the circle's safety and a fire pit to accommodate religious services. Cameras were added to protect the site from unauthorized access.

The Falcon Circle was dedicated in an official ceremony May 3, 2011, making it the newest of the Cadet Chapel's worship areas. It is open to use by all religious communities to worship in a manner respectful of other faiths; however, in the event of scheduling conflicts, the Earth-Centered community receives precedence."

Shine a light on Stonehenge magic | The Times

Shine a light on Stonehenge magic | The Times (£):

(That it has been tried in the past seems not to have been noticed)
Posted by Tim Daw at Monday, November 28, 2011 No comments:


As the archaeological team from Birmingham and Vienna were using these high-tech systems to map the interior of a major prehistoric enclosure (the so-called ‘Cursus’) near Stonehenge, they discovered two great pits, one towards the enclosure’s eastern end, the other nearer its western end.

When they modelled the relationship between these newly-discovered Cursus pits and Stonehenge on their computer system, they realised that, viewed from the so-called ‘Heel Stone’ at Stonehenge, the pits were aligned with sunrise and sunset on the longest day of the year – the summer solstice (midsummer’s day).

The archaeologists then began to speculate as to what sort of ritual or ceremonial activity might have been carried out at and between the two pits. In many areas of the world, ancient religious and other ceremonies sometimes involved ceremonially processing round the perimeters of monuments. The archaeologists therefore thought it possible that the prehistoric celebrants at the Cursus might have perambulated between the two pits by processing around the perimeter of the Cursus.

Initially this was pure speculation – but then it was realized that there was, potentially a way of trying to test the idea. On midsummer’s day there are in fact three key alignments – not just sunrise and sunset, but also midday (the highest point the sun reaches in its annual cycle). For at noon the key alignment should be due south.

One way to test the ‘procession’ theory (or at least its route) was for the archaeologists to demonstrate that the midway point on that route had indeed a special relationship with Stonehenge (just as the two pits – the start and end point of the route – had). The ‘eureka moment’ came when the computer calculations revealed that the midway point (the noon point) on the route aligned directly with the centre of Stonehenge, which was precisely due south.
Posted by Tim Daw at Saturday, November 26, 2011 No comments:

What Was The Climate Like When Stonehenge Was Being Built 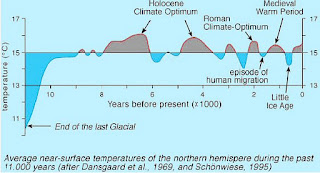 Warm is the answer. No sliding of the sarsens down frozen rivers.
Posted by Tim Daw at Wednesday, November 23, 2011 1 comment:

Stopping Up The Byways.


...recommend that the proposed Traffic Regulation Order be made, subject to modification so as to apply to the A344 only.


The original Trigonomic Survey uses Neath Barrow as one of its points. 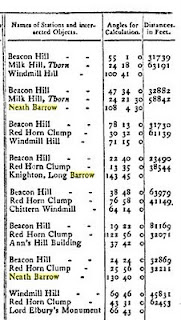 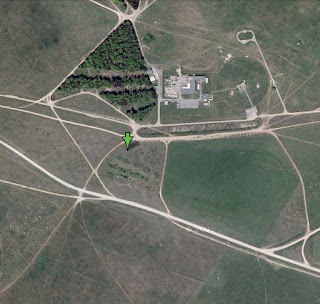